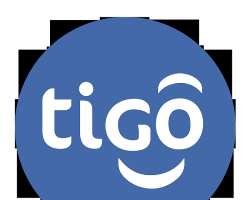 This payment comes three months after the company paid a staggering profit of TZS 14.25 billion (US $ 8.64 million) accumulated in the Tigo Pesa Trust Account to become the first mobile money service in the world to pay profit to its users. Tigo Pesa has a subscriber base of 3.6 million customers.

Tigo General Manager Diego Gutierrez said “This second round of profit disbursement shows the company's continued commitment to benefit and improve the lives of Tanzanians. The payment goes to all Tigo Pesa users including super agents, retail agents and individual users of the service.”

“The first payment was bigger due to the fact that the profit had been accumulated over a period of three and a half years. This second payment is the profit accumulated from funds held in trust in commercial banks for three months in the quarter July to September 2014,” the General Manager said.

Mr Gutierrez explained that, as before, the average return to a customer will vary based on their average daily balance in their Tigo Pesa e-wallet. This applies to super-agents, retail agents and individual customers.

The next installment for the quarter of October to December 2014 will be paid out in February 2015.

The Tigo 3G network guarantees the best services to its subscriber's in all regions across the country. Between 2013 and 2014 alone the company launched over 500 new network sites and plans to double its investment by 2017 in terms of coverage and additional capacity networks for deeper penetration in rural areas. With over 7 million registered subscribers to their network, Tigo directly and indirectly employs over 100,000 Tanzanians including an extended network of customer service representatives, mobile money merchants, sales agents and distributors.

Tigo is the biggest commercial brand of Millicom, an international company developing the digital lifestyle in 14 countries with commercial operations in Africa and Latin America and corporate offices in Europe and the USA. With the certain knowledge that only constant innovation will keep them on top, Millicom keeps creating greater shareholder value; applying their concept of “demand more” is how they do business and retain their position as digital lifestyle leaders in some of the most unique and challenging markets.

“SMILE, YOU'RE WITH TIGO”