Security Council Press Statement on the Democratic Republic of the Congo 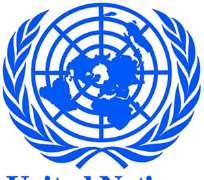 NEW YORK, November 26, 2014/African Press Organization (APO)/ -- The members of the Security Council condemned in the strongest terms the massacres perpetrated against civilians on 20 November near the city of Beni in North Kivu. These attacks have increased to more than 200 the number of civilians killed since mid-October in this region. The members of the Security Council expressed their deepest condolences to the families of the victims.

They also condemned attacks targeted against peacekeepers of the United Nations Organization Stabilization Mission in the Democratic Republic of the Congo (MONUSCO). They emphasized that any effort to undermine MONUSCO's ability to implement its mandate will not be tolerated and that those responsible for threats or attacks against peacekeepers must be held accountable.

The members of the Security Council recalled that it was of the utmost importance that the government of the Democratic Republic of the Congo and MONUSCO, in accordance with its mandate in Security Council resolution 2147 (2014), permanently reduce threats against civilians, immediately redouble efforts to provide proactive protection of civilians and neutralize armed groups still operating in eastern DRC. They also underlined the need to identify those responsible for these attacks and to hold them accountable.

The members of the Security Council reiterated their support for MONUSCO and called on all parties to cooperate fully with the mission and to remain committed to the full and objective implementation of the mission's mandate.