I Started The Trend Of Entertainers Joining Politics—RMD Boasts 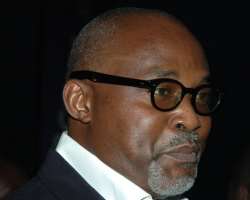 Richard Mofe Damijo, fondly called RMD, can be described as a trailblazer. One might not be wrong if he is called one of those who started what is now called Nollywood. His journey into Nollywood has been a blessing and he can never have asked for more.

Years after being a respected and popular actor, RMD was invited to join the Delta State politics, which he obliged to and was appointed the state Commissioner for Culture.

When he joined politics, there were no many entertainers in the game, but due to the success he may have recorded, others now want to do politics. The likes of Desmond Elliot, Kate Henshaw, Bukky Wright, Jibola Dapo, Bob-Manuel Udokwu and others have indicated interest in holding different political posts.

Speaking recently on his political life, the handsome actor said, "It is humbling. I mean, I couldn't have asked for a better thing. It's just humbling and I am glad that he made the call because today, I have started a trend. Every other actor or entertainment person is going into politics.

“Somebody saw me at the airport the other day and said na you cause all dis wahala o, all your colleagues want to be like you. But my prayer is that all of them will be bigger than what I have done."