God Has Protected Me From Cultist--Desmond Elliot 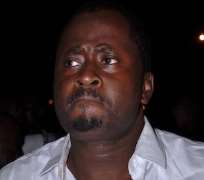 Nollywood actor-cum-politician, Desmond Elliot, has continued to win more hearts of Nigerians since he declared his political ambition some months ago. He is already in high hopes. From what we gathered, the actor believes he will fulfil promises he has made to the people he hopes to represent at the Lagos House of Assembly in 2015.

The actor, who has been canvassing tirelessly for fans, once again, went on social media to speak on piracy, a major problem facing the creative industry in Nigeria.

Desmond stated that for the period he will be in office, he will do his best to pursue the piracy bill and makes it a strong law in the state.

“Yes for the period, but I will push for the reformation and implementation of the piracy law in Lagos.”

When Nollywoodgists.com sought to know if he has been disturbed by secret cult members, just as Julius Agwu once reportedly claimed when it was reported that he was aiming to be Rivers State governor, Desmond Elliot laughed and said he has been able to scale through with the help of God.

According to him, “Haa, worldwide question, Na BABA GOD I HOLD.”