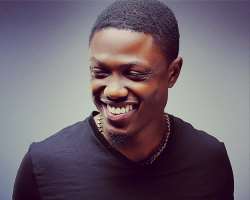 After thrilling fans and enjoying massive airplay to a smash hit in the month of August, Vector Tha Viper has released the gestating video to the song 'Shiga'.

'Shiga' a Hausa expression for 'enter', is a bonus track from the mixtape #A7 audio which featured Waje as vocalist and one of Nigeria's leading female on-air personalities Toolz.

The colourful video features Vector rocking a studded leather jacket and has a number of attractive vixens with one very curvaceous lady being the centre of attention. The afro-pop video has an infusion of the Fulani culture nicely portrayed in dressing and dance.

"We are trying to have fun, and I have left no stone unturned to meet the expectations of my fans" said Vector when asked about the concept of the video.

The track 'Shiga' was produced by Ekelly and the video was directed by beauty stylist, Toyin Lawani. It was shot in Lagos at Tiannah's Place Empire beauty salon.

Download and watch the video HERE
About Vector
Olanrewaju Ogunmefun, popularly known as Vector tha Viper, is an award-winning Nigerian Hip hop artiste who has released two studio albums, his debut album "State of Surprise" (SOS) and "The Second Coming". He won 'Lyricist on the Roll' and 'Best Rap Single' at the 2012 Headies, 'Best Rap Act' at the 2012 Nigeria Entertainment Awards (NEA) and several others. He is the voice behind the Sprite commercial that has aired on most radio stations across Nigeria since 2009. He is also an ambassador for Lagos Chamber of Commerce and Industry (LCCI) and Vitafoam.