2.7m Nigerian children not immunised against measles in 2013 – WHO 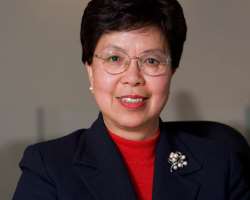 Nigeria is among the list of six countries with more than 60 per cent of the estimated 21.5 million children who were not vaccinated against measles at nine months of age last year, with 2.7 million and 6.4 million unimmunized kids respectively.

This was contained in a new data released and published in the World Health Organisation (WHO) Weekly Epidemiological Report and the Centers for Disease Control and Prevention's (CDC) Morbidity and Mortality Weekly Report over the weekend, failure to vaccinate children against measles puts them at risk of severe health complications such as pneumonia, diarrhoea, encephalitis, and blindness.

Also, the WHO has said that progress towards the elimination of measles has stalled. According to the new Report, the number of deaths from measles increased from an estimated 122 000 in 2012 to 145 700 in 2013.

The estimated number of measles deaths in 2013 represents a 75 per cent decline in mortality since 2000, significantly below the target of a 95 per cent reduction in deaths between 2000 and 2015.

'Countries urgently need to prioritize maintaining and improving immunization coverage. Failure to reverse this alarming trend could jeopardize the momentum generated by a decade of achievements in reducing measles mortality.

'Countries urgently need to prioritize maintaining and improving immunization coverage. Failure to reverse this alarming trend could jeopardize the momentum generated by a decade of achievements in reducing measles mortality,' Dr. Peter Strebel from the WHO Department of Immunization, Vaccines, and Biologicals in a statement said.

While the increase in the disease in 2013 was in large part due to outbreaks in China, the Democratic Republic of the Congo, and Nigeria, sizeable outbreaks were also reported in other parts of the world. Progress is stalled in the WHO Eastern Mediterranean region, where weak health systems and conflict and population displacement have hampered vaccination efforts.