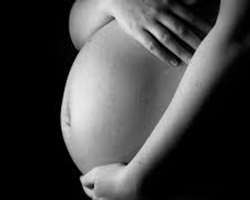 The Police in Anambra State are still battling to unravel the seeming mystery behind the death of a seven-months pregnant woman, who died in a hotel.

They have been interrogating her lover to ascertain the circumstances surrounding the sudden death of the pregnant woman he took to a hotel.

According to a police source, the man had allegedly taken the deceased to an undisclosed hotel in Onitsha, only for the hotel staff to discover that the woman was dead in the morning.

The incident, the source said, occurred on Tuesday when the man allegedly checked into the hotel with the heavily pregnant woman, only to find out in the morning that his partner could not wake up on Wednesday morning.

Though the police in Onitsha Area Command refused to give details on the incident, a resident of the area said the suspect and the deceased were well known love birds.

He said the suspect had lodged into the hotel room and invited the deceased through a phone call.
The source further faulted rumours that the woman died as a result of charms made by her husband, adding that it was possible that the woman died of exhaustion from the marathon sex romp.

He urged the police to conduct a thorough investigation into the matter.

So far, nobody from the suspect or deceased's family had been identified, as the corpse was deposited in an undisclosed mortuary in Onitsha by the police.
In confirmation of the incident, the Anambra State Police Public Relations Officer, PPRO, Mr.

Uche Ezeh, said the command received the information concerning the incident, disclosing that the suspect had been arrested and case transferred to the State Criminal Investigations Department, SCID, Awka, for further investigations.