Nollywood Needs Me Back- Sam Dede 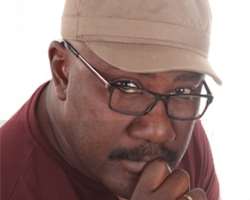 'Ijele' actor, Sam Dede who is also a university lecturer and incumbent Director- General/CEO, Rivers State Tourism Development Agency, has been away from the movie industry where he is popularly known to serve his people back home.

However, Sam still has the desire to return to Nollywood after the expiration of his appointment as he believes that they are lots of wrong going on in the make-believe world and need to be corrected as soon as possible.

"I can't wait to return to the industry. I will definitely return to Nollywood as soon as I am done with this appointment. There are so many jobs to be done in the industry.

He also expressed his impression about Nollywood since he has been away.

"We have a new crop of film makers. In some quarters, they refer to them as new Nollywood; it's good. I've seen some of the works they've done. It's quite an improvement on what we used to have. I just hope it is sustainable because it is not easy out there. It's a different ball game.

What we know is that Nollywood grew out of its own steam. It was a deliberate move to tell our own story in our own way and our people have become used to that way of telling our story. So, anything new that is better than what we used to have is very much welcome but I hope we can sustain it."