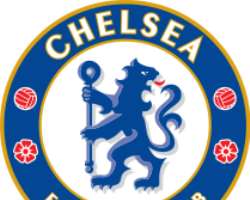 Diego Costa scored his 10th goal of the campaign as unbeaten Premier League leaders Chelsea continued their excellent start to the season by winning 2-1 at Liverpool on Saturday.

'It was a fantastic performance. The players as individuals all had a great performance and as a team they were in control,' Chelsea manager Jose Mourinho told BT Sport.

'One point at Anfield, most teams would accept that as a great result. This team did not accept that and I am really, really pleased.'

Runners-up to Manchester City last season, Liverpool have now lost three successive games in all competitions and trail Chelsea by a huge 15 points.

Liverpool manager Brendan Rodgers felt that his side should been awarded a late penalty after a shot from Gerrard struck Cahill on the arm in front of the Kop.

'We worked so hard in the game, but we need those decisions that are obvious,' he said.

'It was a clear, clear penalty. I was very disappointed because the players gave everything in the game. We deserved at least a point for sure.'

Rodgers restored a host of the first-team players controversially rested for the mid-week loss to Real Madrid in the Champions League and saw his team go ahead in the ninth minute. Agency report