Nobody Can Touch My African Queen………..2Baba Reveals 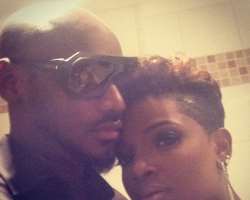 Tuface Idibia has disclosed in an interview that getting married to Annie Macaulay was not easy and indescribable as he would have gotten injured if he did not get married to her.

He stated that Annie has really supported his career all the way and he truly cannot explain the amount of love he has for her.

Speaking about his hit track song 'African Queen,' 2Baba revealed that nobody can touch the song and he is not ready to do a remix of the song.

Oshodi in Shock as Bird Turns to Woman After Electric Shock!!! Only in Naija

Is Tiwa Savage's 'My Darling' Song Dedicated To Teebillz?

TB Joshua Building: IS it a controlled demolition Or Structural failure?

I'm Still One Of the Top Richest Musicians In Nigeria- K-Solo.