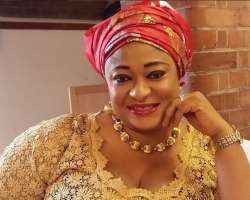 Popular Yoruba actress, Ronke Oshodi-Oke is making every efforts to make her music album launch a success. The actress went into music and is expected to drop her debut album before the year runs out.

The album launch will hold on Sunday, November 16, 2014, at the Times Square Events Centre on Agidingbi road, Lagos and some of her colleagues are expected to grace the occasion to show her support as she ventures into the music terrain.

Known artistes on the album include 9ice, Pasuma and Oritsefemi.

She has joined the league of movie stars who have tried their lucks with music.