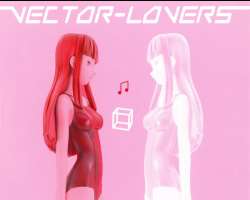 Less than a week of the release of his song “Redefined”, Nigerian rapper Vector tha viper has dropped yet another song titled “Shiga”. The song “Shiga” is rich with strong vocals by Waje. It is a bonus track of the mixtape album titled #A7 project, which has a tracklist of 13 songs.

“Shiga is a song dedicated to ladies because it centres on the beauty of a woman” says Vector. “Featuring Toolz and Waje in this song is my way of appreciating the beautiful African women” he continued.

The afro-dance song is produced by Ekelly and released under a new management, GidiGroove Media.

About Vector
OlanrewajuOgunmefun, popularly known as Vector tha Viper, is an award-winning Nigerian Hip hop artist who has released two studio albums, his debut album "State of Surprise (SOS)" and “The Second Coming”. He won 'Lyricist on the Roll' and 'Best Rap Single' at the 2012 Headies, 'Best Rap Act' at the 2012 Nigeria Entertainment Awards (NEA) and several others. He is the voice behind the Sprite commercial that has aired on most radio stations across Nigeria since 2009.