I Was Hospitalised After My Marriage Ended- Comedienne Princess 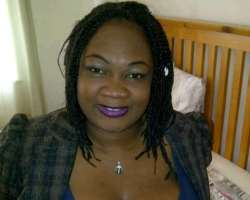 Popular Comedienne Princess whose marriage wasn't up to a month before it ended few months ago said she was hospitalised after the incident. She said the marriage ended few days after they got married but she couldn't tell anyone because of the shame.

"E no reach make I sick? After my husband left after our wedding, was it not enough reason for me to be sick? Ah! the lord is our strength".

She said she was shocked at the publicity that generated from the issue, many people were happy for her, while some felt pity for her. The comedienne said she got married to the man she loved but their marriage ended because of irreconcilable differences. However she admitted that for a marriage to end is not a thing of joy and no one should make mockery of anyone whose marriage ended because the person is mocking God.

The pretty comedienne said she is not planning to give marriage a shot any soon.