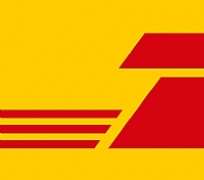 JOHANNESBURG, South-Africa, August 14, 2014/African Press Organization (APO)/ -- The trade relationship between the United States and Africa, as well as the African Growth and Opportunity Act (AGOA) - which provides exporters duty-free access to the lucrative US market, was recently put under the microscope at the 2014 US – Sub Saharan Africa Trade and Economic Cooperation Forum (known as the AGOA Forum), which coincided with President Barack Obama's US-Africa Leaders Summit, both held in Washington last week.

Charles Brewer, Managing Director of DHL Express Sub Saharan Africa (http://www.dpdhl.com), says that the company has seen significant volume growth in the Sub Saharan Africa region, in terms of trade with the US since the introduction of AGOA in 2000 and that they, along with many world leaders, support the call for the renewal of AGOA when it expires next year.

“Trade lanes in Africa have increased significantly as a result of relieved trade barriers, which have had a positive impact on many local businesses. A key driver of this growth has been the African Growth and Opportunity Act (AGOA), which has stimulated trade and investment between Africa and the United States.”

DHL has seen a significant growth in trade between Sub Saharan Africa and the US, with strong positive growth in the last year.

He points to figures by AGOA(1), which reveal that the US imported $8.468 million worth of goods from the Southern Africa Development Community (SADC) region in 2000 and $19.869 million in 2012. Figures released by the U.S. Department of Commerce - International Trade Administration2, report that in 2013, US imports from Sub Saharan, under AGOA, totalled $39.3 billion. The top three trade lanes to the US from the Sub Saharan Africa region originated from Nigeria, Angola and South Africa, who accounted for $11.72, $8.74 and $8.48 billion respectively.

Brewer explains that the Act offers tangible incentives to approximately 40 Sub Saharan African beneficiary countries, such as duty and quota free access to the US market for certain product lines. “AGOA has facilitated trade between Sub Saharan Africa and the US by enabling the trade process, as well as successfully promoting the integration of Sub Saharan Africa into the global economy. These favourable trade conditions have also allowed the region to maximize the opportunities available and increase exports.” says Brewer.

Brewer says that since the introduction of AGOA, DHL Africa has seen an increase in primary trading sectors like manufacturing, apparel and footwear – all directly supported by AGOA. In addition, they have also witnessed an increase in secondary sectors that are dependent on agriculture, petroleum and natural gases.

Due to expire in 2015, it is the decision of the US Congress on whether to extend or amend the AGOA agreement. Brewer says that Sub Saharan Africa's growth is still dependent on trade facilitation and enhancing both intra-regional trade and global trade. “While trade between the US and Sub Saharan Africa has increased significantly in the last few years, there is still much room for growth. In 2013, US imports from Sub Saharan Africa represented only 1.7%(2) of total US imports from the world. This highlights the remaining untapped growth potential for the region.”

Brewer views were echoed at the AGOA Forum where World Bank Group President, Jim Yong Kim(3), remarked that trade preferences schemes, such as AGOA, can play an important role in helping Africa realize their opportunities to expand trade activity and that the Act assists African countries diversify their exports, and move away from dependence on minerals and commodities to reach more diversified and inclusive sources of export growth. US President Barack Obama(4) also announced his commitment to support the continuation and enhancement of the AGOA.

“Africa is the 'last frontier', the more we collectively focus on connecting it with the world, the more sustainable its economies will be and the more jobs we will create – creating a virtuous cycle of success,” concludes Brewer.

DHL – The logistics company for the world

DHL (http://www.dpdhl.com) is the global market leader in the logistics and CEP industry and “The logistics company for the world”. DHL commits its expertise in international express, national and international parcel delivery, air and ocean freight, road and rail transportation as well as contract and e-commerce related solutions along the entire supply chain. A global network composed of more than 220 countries and territories and around 315,000 employees worldwide offers customers superior service quality and local knowledge to satisfy their supply chain requirements. DHL accepts its social responsibility by supporting environmental protection, disaster management and education.

DHL is part of Deutsche Post DHL. The Group generated revenues of more than 55 billion euros in 2013.