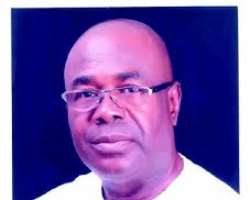 The Chairman, National Population Commission (NPC), Chief Eze Duruiheoma, has assured Nigerians that the 2016 census would be an opportunity to correct the mistakes of the previous exercises, which have come under heavy criticism.

Duruiheoma gave the assurance in Abuja while playing host to the Surveyor-General of the Federation, Prof. Peter Nwilo. He insisted that the mandate of producing an accurate reliable and credible census would not be compromised by the commission.

'Nigerians have criticised past censuses and we are not unmindful of those criticisms. We want to do better, given another opportunity,' he said.

He expressed appreciation to the Surveyor-General for the immense support given to the commission, including training of staff of the cartography department, as well as providing data and equipment to enhance their activities.

The NPC boss also called for more assistance from the organisation, particularly in procuring more high resolution images that would capture the entire country, adding that the preparations for the census may not take off if the items were not provided.

Earlier, Nwilo had pledged the cooperation of his organisation with the NPC, to ensure enhanced generation of accurate and vital information for the socio-cultural and economic development of the country.

'The information the NPC produces is vital for national development. It becomes more important when it is situated on location. Every part of the country has a location specific and population is attached to it,' he said. Daily Independent