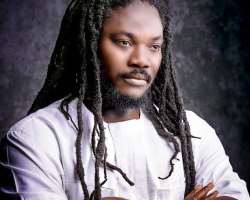 Dancehall artiste, John Asiemo better known as Daddy Showkey, has pointed accusing fingers on people at the realm of affairs in music for failing to identify with young artistes from the grassroots.

According to the Ghetto Soldier, Ajegunle still has some talented young people that are yet to be discovered, it is now left for the person in the high position to determine if he is ready to associate with them or not.

Daddy Showkey explained that his aim while coming into music was to reveal Ajegunle to the public so that people will understand and know the kind of materials from that axis.

'When I made my first album, I exposed Ajegunle to the rest of the world. I wasn't living in Ajegunle at the time, but it lived inside me. I made other people to understand that Ajegunle was not just home to some of Nigeria's most talented musicians, but there were also doctors, generals and professors who were born and brought up there. So, it may either be that the person on top at the moment does not want to identify with the neighborhood,' he suggested.