Oshiomhole Should be Cautious 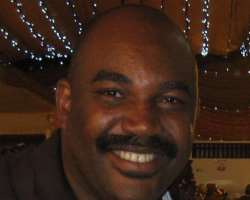 Contrary to widely speculated rumour and brouhaha in the media, from time immemorial the political landscape in Edo State is the type which has offered wide spectrum of opportunity for people to make their political interest and participation known and to be sustained irrespective of party affiliation, whether ruling or opposition as the case may be. As a stakeholder in the Edo State chapter of People's Democratic Party (PDP) and in strengthening political records of facts, I can say this very irrevocably, that the atmosphere is peaceful and the security of lives and property is not in anyway undermined or in jeopardy as previously reported in the past, by some Action Congress propagandists.

Without mincing words I sincerely appreciate the media for their good job especially our local magazines, newspapers, TV stations, radio stations and the online media, I salute you all for your courage, doggedness, resilience and the watchdog role you have been playing in unraveling the current situations in Edo State. Although Action Congress has used all sort of tactics to overheat the polity in Edo State but the leadership of our party has successfully put the situation under control. It was obvious that Action Congress through the unguided statements of their Governor, Adams Oshiomhole, has been using all sorts of strategies to undermine peace in the state through the campaign of calumny he is using his most prestigious office to exhibit against PDP and other existing parties in the state.

I have decided not to speak since 2007 when I was a card carrying member of Action Congress and also an aspirant under the same platform, the atrocities in Action Congress and the circumstances that precipitated me to cross-carpet to PDP; but now I have decided to break my silence and tell the entire world what Adams Oshimhole did to me and some other progressives and core democrats in Action Congress who left angrily due to massive anti-democratic dispositions of Oshiomhole during those period despite all the fortunes we committed to keep the party afloat. Then the party was called Advanced Congress of Democrats, ACD later we all resolved to give it another face which eventually brought about the name Action Congress, AC. Two weeks to our primary election to determine who our gubernatorial candidate will be in AC, we just heard that Oshiomhole has left Labour Party and having been adopted as their sole candidate (in LP), he came with his unscrupulous element to rig the primaries, as a matter of fact, there was no primary held in my Ward and all other Wards, it was a clear case of selection which was purely undemocratic in a democratic setting. Since we could no longer bear the gross atrocities expended on us with impunity by anti democratic forces under his control, we decided to decamp to different political parties, I, Jacob Igietsime Idinye, after several consultations with my teeming supporters and political mentors I decamped to PDP.

Laughable has the current situation has presented itself, Oshiohmole said he is a democrat and that he is practicing fairness and transparency in governance, but he was moving from Accord, ANPP, Labour and now AC, no one knows his next political party of interest. Out of his anti democratic tendencies he made Dr Samson Ifalana Isibor, the Edo State Chairman of the Coalition of Registered Political Parties (CRPP) in Edo State to suffer hell. CRPP Chairman has been a torn on the flesh for the Governor Adams Oshiomhole led administration in the state. Isibor was consequently arrested last month by the police in Edo state over alleged defamatory statements against the person of the Governor of the state. He was referred to as an impostor and the mouth piece of the Edo state PDP but Isibor insisted that his group of 25 political parties is on ground to check the administration and insisted that nothing has changed in the state so far. For clarity some of the comments that got Isibor into Oshiomhole problems are:

''Apart from what Osunbor did, Oshiomhole has not done anything in Edo State. Oshiomhole's achievement is noise making. All the promises he made to the people, none has been achieved. I have not seen anything he has done and unless he performs, we will not change our posture towards him. Is it beautification poor masses will eat? What changes? Demolishing poor man's buildings, shops, is that changes? People are roaming about doing nothing. Is it to only plant flowers? There are no changes, just propaganda. He hasn't done anything and everyone knows that. It's true he is paying salaries regularly but what would you say of his new tax regime. He is putting more burdens on the people. He has not done anything. He promised to employ but how many people has he employed. The 100 people he claimed to have employed, where are they? We have not seen them collect any salary. Even the committees set up like forestry committee has not been paid. Up till now NUT (Nigeria Union of Teachers) are on strike. He hasn't done anything. Once he starts working, we will praise him to high heavens.''

The question now is, does it mean that Oshiomhole does not want criticism in his Government? Is Fashola not getting criticism in Lagos, is Gbenga Daniel not getting or His Excellency Umaru Yar'Adua not getting barrage of criticisms by the day how many people has he incarcerated?

Oshihmhole should stop his propaganda politics, this is far from trade unionism, and he needs to be cautious. Meanwhile our Party State Chairman Dan Orbih, has subsequently presented in full public glare the elected councillors from eight local councils of the state who said they remained members of the party, contrary to Oshiohmole's initial claims, and that they never at any time defected to the AC under the Forum of Edo Councillors, the councillors said they remained committed to ideals of PDP and its resolve to reclaim the state in the next general elections. It would be recalled that some of the elected councillors from Akoko-Edo, Oredo, Estako-East, Igueben, Ikpoba Okha, Egor and Uhunmwode local councils of the state, were all hailed by Orbih, who equally appreciated them for their commitment and loyalty to the party, even as he read a commendation letter from the National Working Committee of the party to them.

I also identified myself with our party leadership to congratulate all our elected councillors who show that they remain members of PDP. What happened at the stadium some Saturdays back in the instance of Oshimhole was a sheer show of shame. Let us play politics based on honesty. Let us play politics where people will speak the truth, we don't have any cause to lie that the people who left that Saturday are members of the PDP. They have signed papers; they have addressed letters to the PDP affirming their membership of the party. They have also assured the party that they don't have any cause to leave; more-so I can say very irrevocably that the Action Congress which is in Government in Edo State today has not done well for the people. The state longed for infrastructural development instead of one man continuing to talk and there is nothing to show for one year in office. We want to send a strong message to Oshiomhole and his government that PDP is more than ever before prepared. We are hereby giving him quit notice to vacate the Government House. One year down the road, the only thing we have seen is the planting of flowers and re-asphalting of the King Square.