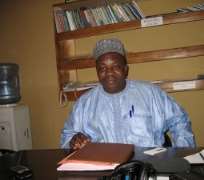 By Jibrin Ibrahim
At 4:19 a.m. yesterday morning, INEC declared Ayo Fayose of the PDP as the winner of the Ekiti governorship election. It was an outcome that surprised many. The sitting governor had the privilege of incumbency. Above all, he had acquired the reputation of being one of the best performing governors in the country. He had really built a massive road infrastructure for the state and initiated many good social programmes such as social security payments to the elderly. Having spent a week observing the run up to and the election in Ekiti, it appeared clear to me that Fayemi was not rigged out, he was simply voted out by the people he had been implementing good governance programmes to help and support. The masses turned their back on a governor that was working for them.

Fayemi's background was civil society activism and I took over the directorship of the Centre for Democracy and Development from him when he decided to crossover into politics in January 2006. Politics was for him an opportunity to get power and implement all the progressive programmes we have been developing and advocating for over the years. In our world of civil society, our expectation is that the reward for good governance should be re-election. Sadly, that's not exactly what rulebook of democratic theory states. In a democracy, people choose the candidate they like the most at election time and not necessarily the best candidate. That is what the Ekiti electorate did and we should respect their choice.

I spent Saturday night and Sunday asking people why Fayemi lost and the near universal response was that he was an educated man who was working on the wrong type of infrastructure. The slogan of the people for the election, I was told, was a short Yoruba poem – “Ona lo mi ko, ko ko inu!” meaning that the governor has embarked on building infrastructure but what the people want is to build the infrastructure of their stomachs. In short, he did not make money flow through the political machine. American political scientists studying urban politics in the early 20 century in large cities such as Chicago popularized the concept of machine politics. The basic principle of machine politics is transforming elections into a reward system by mobilizing poor and vulnerable groups and getting them to vote for money rather than principles. In Nigeria, machine politics is called building structures, a euphemism for using godfathers to deliver votes on the basis of a rewards system. What machine politics or godfatherism does is that it evacuates issue-based politics from the voting system and often that is our political reality we are confronted with in this country.

In a sense, Kayode Fayemi's long and difficult march to Government House might have relied substantially on Bola Tinubu's political machine and the words in the streets of Ado Ekiti was that the governor assumed the moment had arrived for him to liberate himself from the structures that helped him to power. If indeed that was the case, his decision to sell himself on the basis of his performance was a correct and brave one. The result however of this liberation from the godfather was the loss of power and people have the right to choose their destiny.

Abandoning the political machine is however not enough to explain why he lost comprehensively in all the sixteen local governments in the State. There was clearly a failure of political communication on his part. Fayemi did invest considerably in communications. About 80% of the billboards I saw in the state carried his smiling face. He was massively present on radio and television. I cannot remember any newspaper that did not carry a long interview on his performance in government. His twitter handle had a massive following and he was liked on Facebook. Fayemi had participated in the first Obama campaign and these tools were important in getting a black man elected as American president. I suspect that most of the famers and teachers in Ekiti State are not on twitter or Facebook and do not read newspapers. The huge Ekiti diaspora in Ife and Lagos and above all in the United States had access to these media and love Fayemi for his good politics; the people in the grassroots did not hear his message.

They however heard the message of one Ayo Foyose who according to street legend will visit them in their villages, share palm wine or pure water with them, dance to his heart's desire and depart leaving them with some goodies. The Fayose legend in Ekiti is not about somebody who had been suspected of murder or of a non-performing impeached former governor. He was able to communicate that he was someone like them and above all, he was someone who is aware that the infrastructure of their stomachs mattered to him. PDP knew what they were doing when they chose him above all the other educated and suave politicians that sought the party nomination. While I respect the choice of the people of Ekiti, I don't like it, I believe it's bad for our political future and I am convinced that we must return to issue-based politics if we are to deepen our democracy. My good friend Kayode Fayemi took the right approach, he could have improved him political communication but he most not be despondent about the loss. Let's all continue to advocate for the politics of good governance until the people get it.

The important issue about the election was that INEC's performance was very good. The logistics were well planned and there was timely arrival of electoral materials in most of the polling units we visited. The process of accreditation of voters started in most polling units between 08.00 and 08.30 am. Voting also commenced at about 12:30 pm in most of the polling units. Finally, Jega and his team are getting it right. The voters' turn out was impressive considering widespread concerns that people would be intimidated by the massive deployment of security personnel. The good turn out was a testimony to the civic consciousness of the people of Ekiti.

The Federal Government had deployed over 30,000 security officials in the rather small 6353 sq. km of Ekiti State. The whole place looked like a police state and all sorts of modern arms were being displayed by parading soldiers and policemen. There was clear evidence of intimidation and arrests of certain APC officials. Security personnel scandalously stopped some APC governors joining Fayemi's final campaign rally. On Election Day, a security helicopter kept circulating above Fayemi's country home where he was. All these show that while INEC performed well, the security services were less than neutral in their actions. This must be condemned with vigour and resisted in the future. Nonetheless, the message from Ekiti is that if democracy is about the power of the people, we cannot but allow the people use their power the way they want.