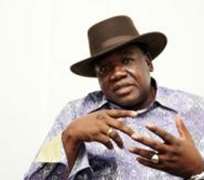 The Federal Executive Council was on Wednesday briefed by the Minister of Culture and Tourism, Edem Duke, on Nigeria’s hosting next month of the Fashion Industry Summit, a project of the World Fashion Organisation, which gave the country the hosting right.


He said out of the African  five countries â€Žthat bidded to host the event Nigeria won because it was considered to be the fashion capital on the continent.


Duke said â€Žthe Fashion Summit schedule forJuly 2-5th has been endorsed by the African Union and has been identified as one that will host first fashion university on the continent and the establishment of garment industry, adding “â€Žthe institution will certificate these designers that are making impact all over the world.


“It will graduate 1,000 â€Žstudents annually while the garment industry will employ 1,800.


“This informal sector will help stimulate the textile industry which has been moribund which before now was major employers of labour.


“Twenty five countries have confirmed participation, 30 fashion journalists from 17 countries are coming while the judges are from Canada, Italy and South Africa.


“A thousand delegates are expected at the Fashion Summit”, he said.