A Policeman Shed Tears After Listening To My Song—Lara George 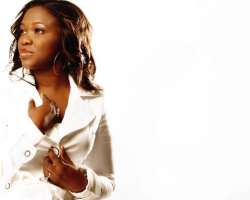 Controversial On-Air-Personality, Toke Makinwa is known to inspire people when it comes to relationship matters. Her platform, Vlog, has become a place where those with issues in their romantic affairs easily go to.

In her recent post, she advised against going to a third party for resolving issues or seeking advices.

According to her, third parties end up giving bad advice, asking "you to leave your relationship or say something like, if they were the one, they won't take it." She added that third parties can do as they advise, 'they just come to tell you rubbish, because they know you are the idiot.'

"They are the ones who will say, so a man is cheating on you, and you are still with him? If it is me, I won't take it, meanwhile, they are the ones, if their man cheats on them, you won't hear, theirs are even worst, stop following people and lead yourself into trouble," Toke said.

Toke urged people having issues in their relationships to always weigh up advice from third parties and think wisely before taking a decision.

"My Wish This Year Is Peace for My Country" - Genevieve Nnaji