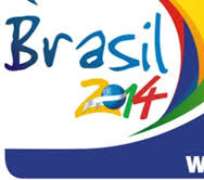 Nigeria's team Super eagles will be the second youngest team to World Cup 2014, behind another African team the Black Black Stars of Ghana.

At an average age of 25.81, Nigeria's Super Eagles are just a few decimal place behid the first placed Ghana Black Stars at 25.44.

Belgium occupies the second position at 25.61.
Black Stars have opted for a younger squad while Alejandro Sabella has gone the other way

All 32 national team coaches have submitted their final 23-man squads for this summer's World Cup in Brazil.

With an average age of just 25.44, Ghana are, for the second tournament in a row, taking the youngest panel of players. Given the Black Stars reached the quarter-finals four years ago in South Africa, coach Kwesi Appiah has unsurprisingly maintain the country's faith in youth as they look to better that record this time around. Chelsea's Michael Essien is their oldest player at 31 and the only member of the squad in the team who is older than 29, while Rashid Sumaila is the Ghana's youngest representative, at 21.

Argentina, by contrast, have the oldest squad, with an average age of 28.9, just ahead of Honduras, Uruguay and Portugal. Sporting's 24-year-old defender Marcos Rojo is the Albiceleste's youngest player in a group containing a total of eight players who are 30 or over.

Cameroon's Fabrice Olinga, 18, is the youngest of all 736 players at the competition. Having been born in May 1996, he is just 10 months younger than England's Luke Shaw. At the other end of the scale, Colombia's 42-year-old goalkeeper Faryd Mondragon is the oldest player in the competition and will actually turn 43 two days after his side's second game.

With a host of bright young talents having emerged in recent years and taking the English Premier League by storm, many would have predicted Belgium to be the youngest side to attend the summer showpiece and they would have - had Koen Casteels recovered from his injury on time. The 21-year-old was replaced by Sammy Bossut, who is seven years older, which raised their average age to make them the second youngest squad with an average age of 25.66.

Hosts Brazil have gone for a mix of young and old as Luiz Felipe Scolari has included eight players who are 30 or older, while youngsters Bernard (21), Neymar and Oscar (both 22) bring the average down to 28.

England had the oldest squad of all teams at the 2010 World Cup but the introduction of young exciting talents such as Shaw, Ross Barkley, Raheem Sterling and Alex-Oxlade Chamberlain means they have four players under the age of 21, while Frank Lampard and Steven Gerrard at 35 and 34, respectively,provide some experience as the senior members of the squad.

Making their first ever appearance at the World Cup, Bosnia-Herzegovina are near the middle of the spectrum, with an average age of 27.05. Most of their players are around their mid-to-late 20s, with Bayer Leverkusen player Emir Spahic the oldest, at 33.

Heading into football's most prestigious competition, some teams have adopted a more youthful approach than others while most have gone for a blend of each. After the final on July 13, we will see which tactic works best.