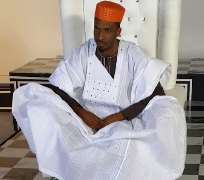 Some people are bold enough to take risks that could be deadly or catastrophic in life, but as it is widely said; most risk takers have become successful in life.

The first female winner of MTN Project Fame, Chidinma Ekile, was said to have sacrificed her JAMB examination to be part of the talent hunt show, and at end of the day, she emerged winner and today, she is a successful music star.

The owners of Microsoft, and Facebook dropped out of school to pursue their dreams, and today, they are parts of the richest people in the world.

For Alexandra Abolore Adigun, better known as 9ice, climbing to the top didn't come very easy. He was admitted to study law at the Lagos State University (LASU), Ojo, but dropped out of school to pursue a career in music, which eventually paid off for him.

The singer started attracting the curiosity of music faithfulls in Nigeria with his song; 'Little Money' around year 2005, but he said that the song was recorded around 2000. Soon after, he stole the hearts of many music lovers with 'Ganja' and by then, he was seen as a good singer with prospects.

Even though his voice sounds like a cracked one, this did not stop him from becoming the darling of many music lovers. Later, 9ice became an A-list artiste with his 'Gongo Aso', which ruled the music scene in Africa.

9ice was one of the musicians privileged to perform in London during the 90th birthday celebration of the late South African leader, Nelson Mandela some years ago. The Nigerian singer was reportedly paid heavily for his performance, where he played his 'Gongo Aso' hit tune to the delight of the audience.

Speaking recently in a radio interview, which was well monitored by Nollywoodgists.com, the Ogbomosho, Oyo State-born singer disclosed that he once used the money meant to purchase a JAMB form for his sister, who happens to be the last child of the family, for his music career.

'I used the money given to me to purchase a JAMB form for the last child of our family, Atinuke, to record 'Little Money'. Those days, when you want to get JAMB forms, you go to Ikoyi (Lagos) for it. When I got to the Third Mainland Bridge, at Iyana Oworo end of the bridge, I started contemplating whether to board a bus to Ikoyi or not. After some time, I went to Akoka from there and headed to ID Cabasa's studio and gave him the N10,000 with me.

'I told him I would use the money to record two songs, but I felt I should do 'Little Money' first. I can remember while that song was still on the mix, some friends of Cabasa that came around liked it and asked who did the song. They told Cabasa to quickly finish mixing the song and get it released. Some of them gave me money as a form of encouragement and I was able to get the N10,000 back,' 9ice narrated.

It's A Lie, Bleaching Cream Didn't Burn My Face--Steph Nora Okere Cries Out