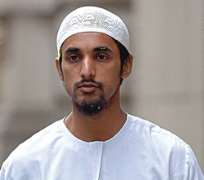 A United Kingdom-based Islamic preacher, Mizanur Rahman, is being investigated by police after a video showed him praising Boko Haram for kidnapping over 200 schoolgirls.

The 31-year-old of Palmers Green, north London, claimed in the video-recording posted online that killing non-Muslims was 'not necessarily a bad thing.'

The sect had abducted the pupils from Government Girls' Secondary School, Chibok, Borno State since April 14.

A report by a UK tabloid, Daily Mail, said Rahman also praised the terror group for its activities.

He said in the video, 'People want to make it out as though history began on the day these girls were taken from - sorry I should say these women - were taken from this high school in Nigeria.

The preacher was quoted to have described the terrorist group as being 'full of good messages,' including its support for al-Qaeda.

Rahman, said to be a follower of a firebrand preacher, Anjem Choudary, was convicted in 2007 for a murder-related case and bagged a six-year jail sentence. He was released from prison in 2010.

Choudary, who set up the banned Al Muhajiroun organisation with exiled Omar Bakri Muhammad, however, said Rahman was a 'good friend' who had given a measured response to the crisis.

He said, 'I believe if you look at what he was saying it was very measured. You just have to look at the atrocities that, especially in 2011 and 2012, that were carried out against the women and child of Al Mujahideen by the Nigerian government.

'That story has not been told, and this is retaliation for that. The Americans are only interested in Nigeria because of its oil reserves. Otherwise, they would not be bothered.'

A Metropolitan Police spokesman said, 'We are aware of the video and we are assessing its contents. We are not prepared to discuss this further.'