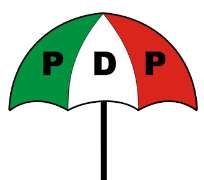 A three man panel of the Court of Appeal siting in Abuja and led by Justice Ahmed Yahaya yesterday struck out an appeal filed by sacked former chairman of Rivers state chapter of the Peoples Democratic Party, PDP, Chief Godspower Ake, a staunch ally to Governor Rotimi Amechi, challenging the decision of an Abuja High Court which sacked him from office.

Following the decision of the Abuja High court which sacked Ake alongside the former Secretary of the party and returned Chief Felix Obuah and Walter Ibibia Opuene as the chairman and secretary respectively, the ousted leaders, on behalf of themselves and other members of the state exco of the party, approached the appellate court seeking for an extension of time within which to appeal the decision of the Abuja court delivered in April, 2013 which brought about the inauguration of Obuah and Opuene, who are loyalists of the supervising minister for Education, Chief Nyesom Wike.

Following their application before the appellate court, three members of their sacked exco members approached the court asking that both the application for extension of time to appeal the decision of the Abuja court as well as the notice of appeal filled by Chief Ake on their behalfs be struck out as, according to them, their consent was not sought or obtained by Ake before instituting the action on their behalfs.

One of the exco member, Bar Emmanuel Utchay, specifically urged the court to strike out Chief Ake's appeal for being incompetent as it was filed without his consent.

"The applicants did not seek for neither did they obtain my consent in instituting this appeal. Moreover, we no longer have a common relief" he stated in his application wherein he sought for the striking out of the appeal.

Barrister Utchay, who is the Assistant Legal Officer, insisted that the appeal should be struck out on the ground that it is incompetent having not been filed with their consent as members of the state exco on whose behalf the sacked former chairman and filed the appeal. He insisted that Chief Ake misrepresented their interest in instituting the appeal without their authorization.

Similarly, in her own application seeking for the appeal to be struck out, Evelyn Nkechi Weke, an ex officio member of the state executive committee of the party, contended that Chief Ake ought to have brought the appeal in his personal or private capacity and noted that there is no common interest in the subject matter of litigation to warrant his initiating the appeal in a representative capacity.

She averred that other members of the supposed state executive committee of the PDP in Rivers state have no intention or basis to pursue the appeal and wants the court to make an order striking out the appeal for being incompetent.

Alternatively, Weke wants the court to hold that the appeal was filed on behalf of persons whose identities are not known or disclosed or on behalf of members of non juristic entity referred to as "State Executive Committee of PDP in Rivers State" and to strike it out, or to make an order granting leave for her to withdraw the appeal filled on her behalf without her consent.

In a unanimous ruling, the appellate court held that the applications of the exco members whose consent were not obtained by Chief Ake before filing the appeal in a representative capacity, succeeds and thereafter made an order striking out the appeal and awarded a cost of N35,000 in favour of the respondents.

Governor Amaechi's relationship with Wike collapsed over the intense internal wranglings in the state chapter of the PDP ahead of the 2015 governorship election and led to the institution of a suit at an Abuja High Court by Chief Obuah Amechi Felix and Walter Ibibia Opuene, who claimed to be the validly nominated and elected Chairman and Secretary respectively at the 17th March, 2012 state congress conducted by a panel led by Chief Dan Orbih and Barr. Steve Emelieze who were the chairman and secretary of the electoral panel respectively.

At the trial, the duo tendered an endorsed list of elected officials at the congress with the number of votes secured by each of the elected officials and their party membership numbers and voters card details clearly written against their names.

The list which bore the signatures of the chairman and secretary of the electoral panel was contained in the letter headed paper of the national secretariat of the party and shows that Obuah Amechi Felix and Walter Ibibia Opuene were nominated and elected as chairman and secretary with 721 votes and 713 votes respectively.

They contend that as winners at the state congress conducted by a properly constituted electoral panel and monitored by the Independent National Election Commission, INEC, that they ought to be the ones occupying the office of the chairman and secretary of the state chapter of the party and not Chief Godpower Ake, and urged the court to compel the national leadership of the party and the electoral body to recognize them as executive members of the state PDP.

Meanwhile, the Rivers State chapter of the Peoples Democratic Party, PDP, has hailed the judgement of the Appeal Court sitting in Abuja for striking out the Appeal against the State Party Chairman, Prince Felix Obuah by the sacked former PDP State Chairman, Chief G. U. Ake.

The party in a statement signed by Jerry Needam, Special Adviser on Media to the State Chairman, Felix Obuah says by this declaration, reaffirming Prince Obuah as the State PDP Chairman, the Nigerian Judiciary has once more proved it still remains the last hope of the common man as an independent umpire which responsibility is to ensure that justice prevails in our society.

Also by this pronouncement, the statement further notes, Bro Felix Obuah remains the authentic and duly elected chairman of the PDP in Rivers State as earlier declared by an Abuja High Court.

While congratulating the victorious State Chairman, Prince Obuah, the Party said this is the beginning of the good fortunes that await the party ahead of 2015 general elections in the State, stressing it's a victory not only for PDP but for all Rivers people.

It also commended the appellate court for awarding a cost of N35,000.00 against Chief Ake to each of the three Applicants who challenged the appeal for abuse of court process and waste of judicial time.

The party reassures all party members and supporters across the State and indeed, all Rivers people of an all encompassing leadership under Prince Felix Obuah and enjoins them to continue to give him their unalloyed support.