Apple iPhone 6 is coming: What you should know 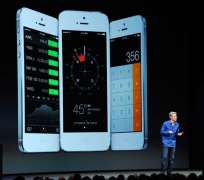 Going into an iPhone launch there's never much doubt about whether Apple's (NASDAQ: AAPL ) latest addition to the key lineup will sell better than its predecessor. Where the confusion usually lies is in how much better the newest model will do than the one before it. While the 5s and 5c have performed about in line with analyst expectations, the 4s outperformed even most of the bullish projections. What can Apple investors expect from the iPhone 6 this year?

Another blowout?
For the most part, there are big expectations for Apple's iPhone 6.

The hyperactive rumor mill, as noted by MacRumors, expects the key differentiator for the next-generation iPhone to be a larger display screen. Fortunately, there seems to be a considerable market for smartphones with displays larger than 4 inches.

While early rumors suggested Apple would launch both a 4.7-inch and 5.7-inch iPhone this fall, the consensus agreement now is that the 5.7-inch iPhone has been pushed back toward the end of the year. But a 4.7-inch display would add almost three quarters of an inch to the current diagonal measure of the iPhone 5s, enough to push Apple into that proven market for larger displays.

Just how good does the market for larger smartphones look? A third of all smartphones sold globally in the first quarter of 2014 had screen sizes larger than 5 inches, according to research firm Canalys. The market hit 90 million units in the quarter, making it the fastest-growing segment of smartphones when measured by display size. Comparatively, Apple sold 43.7 million iPhones during the quarter.

At this point, it's irrefutable: The market for larger smartphone displays looks lucrative. Apple seems to have plainly acknowledged this fact. Recent documents that surfaced in court filings in an Apple-Samsung case showed a slide in a slide show entitled, 'Consumers want what we don't have.' The slide detailed the growing adoption of smartphones with displays larger than 4 inches.

Recent supply-chain checks by longtime Apple analyst Katy Huberty at Morgan Stanley also supported speculation that the consumer demand for Apple's iPhone 6 will be robust. Based on her recent trip to the Far East, Huberty believes suppliers are prepping for iPhone 6 sales to be 20% higher than 5s sales.

A rosy outlook for iPhone 6 is great news for the company's investors. With the iPhone accounting for 57% of Apple's total revenue in its most recent quarter, a jump in sales for this device will be great for the business especially considering the iPhone is Apple's most profitable product segment.

So what should investors expect from the iPhone 6 launch? Big numbers. In the months following the fall launch, Apple certainly could see year-over-year growth in iPhone sales in excess of 15%.

The Motley Fool is a USA TODAY content partner offering financial news, analysis and commentary designed to help people take control of their financial lives. Its content is produced independently of USA TODAY.