Eager to tell the story of Inikpi 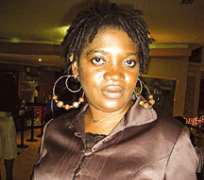 POPULAR actress, Memuna Yahaya nee Abaji, who played Emotan in the long rested television soap, After the Storm, is ready to realise her long held dream of contributing to the socio-cultural development of her state, Kogi. The star of Spider, a television soap, is the head of a team that is brewing an epic film titled Inikpi, which is poised to re-define epic productions in Nollywood. Memuna, who is mentoring a large population of young girls in Kogi State, hints during the week that work on the story and screenplay, is at an advanced stage. She speaks to nollywoodgists.com on the film and her long absence from the scene…

Where have you been?

I have been making babies in my husband house. But I am fine and back on track. In the last two months, I have been in Abeokuta, Ogun State recording Living in Lagos. I am taking part in the production. Also, I recently starred in a language movie, Omayeiku. It is a brilliant movie in Igala, my dialect. I liked it because it challenged me. I was privileged to be part of it. Thompson Junior, who produced, is a younger person, so, when he invited me to do the job, I saw it as one way of encouraging him. I enjoyed every bit of the time I spent on set. And ever since, I have been planning to do my own production. Of course, it is going to be in my language — Igala. But it is going to be something legendary and historic. I am working on an historical event, something that people from my area can relate to.

Why don't we have too many Igala ladies on the scene?

I think the problem has been that of fear. It is not that we can't do it or that we don't have the talent. Probably because didn't give it a thought. Overtime, we talked about getting together to project our culture and heritage, but we didn't take it off the idea stage. So, that is it. Another thing is sponsorship. It is most times difficult to get people to invest in movies that appeal to a particular geographical expression. But as it is, we are putting money together and we are determined to do something and produce works that will project our people as well as their moral and historical values. Right now, there are still a few of us that are in the business. May be because of our culture and may be because of the way the profession was perceived in the past. But there is a greater awareness now and people are now coming to accept the business as simply make-believe. I mean if you are playing a role, you are merely interpreting a character and it has nothing to do with your person really. Again, one is careful not to do jobs that will give us a bad name or bad image back home. You cannot find us doing jobs that will demand our exposing our bodies and what have you. At least, we are getting there. I mean Jumai Joseph is there and producing some films, there is another girl called Hauwa who has produced two movies. They all challenge me because they all came right behind me. So, I am now trying to get all of us together to do some work that will project our culture and values and to do something that will affect the whole world.

The story of Inikpi is what I am working on

I am thinking of putting the story of Inikpi up for people to see. That story is a good story. It is a story of sacrifice. I have been researching on it in the last five months and have been talking to people who have done some academic work on it and I am hoping to get them to sit down and put down a world class story that we can produce and show the world. And by the way, the story of Inikpi is the story of the legendary princess who offered herself for sacrifice to save her people. The story is gripping and relevant.

Emotan in After the Storm

I like to do more television production than home video because with television, you return to look at every episode to see what you are doing so that you can reflect on your performance. It gives me room to appraise and improve on myself the following week. So, I prefer to do television but again there is no so much money in television like in the movies so may be with time we shall consider doing more movie productions than television.

It has not been particularly very easy. All I have been doing is to create time for everybody and everyone in my life and time for myself. I love to do the job and so what I do is, I take a job, and then I give myself a break — an holiday —I spend that time with my family and then if I am working, and it is weekend, I bring my family on set and we stay in the next room or in the next hotel while I work. That has been the secret.