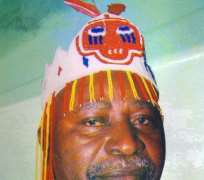 They are supposed to be the mirror with which the society sees itself, but the action of members of the Association of Nigerian Theatre Practitioners (ANTP), during its botched election in Ibadan last week, leaves many questions unanswered, reports David Ajiboye.

If it were to be in a sane atmosphere, several members of the Association of Nigerian Theatre Practitioners (ANTP) will have to adopt several methods to apologise to their numerous fans for their shameless acts during the botched national election of the association held at Ibadan last week.

Some members of the association had thrown caution to the wind and hurled abuses at each other, which degenerated into a level that the electoral officers had to invite mobile policemen to bring the situation under control.

Far from being a movie location, the scene looked more like an assemblage of touts who had gathered enmasse at the venue of the election to cause public disturbance.

The scene was charged, the atmosphere tense and no one needed a soothsayer to tell him or her that trouble was lurking around.

Expectedly, factions loyal to the two presidential candidates, Messrs Dele Odule and Victor Ashaolu, threw caution to the wind in an election that was supposed to be peacefully conducted.

Signs that trouble was imminent came to the fore when Chief 'Lere Paimo (Eda) was booed and almost lynched by a group of members of the association, alleging that he and some other elders were the cause of the problems in the association.

Chief Paimo had to tactically leave the venue when it became apparent that his safety was no longer guaranteed, especially, with the level of indiscipline exhibited by the aggrieved members.

Trouble actually began when delegates from Lagos State, 18 of them, were threatened to be disqualified by the chairman of the electoral committee, Comrade Kola Olaiya, who informed the delegates that they were not eligible to participate, following a court injunction against the Lagos chapter.

In a swift reaction, the delegates regrouped and vowed to distrupt the election unless the committee rescinded its decision. This development made the electoral committee to call for security backup from the Yemetu police station.

The presence of the mobile policemen, notwithstanding, the factions started throwing stones, pebbles and dangerous weapons, a show of their readiness for a full war when the electoral committee decided to postpone the election indefinitely.

The presence of the former president of the association, Prince Jide Kosoko, did not make any difference either. Rather, he ran for dear life when he heard that he had been marked as one of the elders to be attacked.

Dele Odule, one of the candidates, was seen calming down his supporters, admonishing them to abide by the decision of the electoral committee, pending the time his campaign team would meet on the next step to be taken on the situation.

Odule, who arrived at the venue of the election in a Nissan Murano SUV marked DOA 3, remained calm as the events unfolded.

Victor Ashaolu, the other candidate was accused of taken the association to court for nine years, among other allegations.

His “sins”, according to the aggrieved opponent, included his hobnobbing with some elders to destabilise the association, while his case against ANTP lasted in court. They named Chiefs Jimoh Aliu, Lere Paimo and others as co-travellers in that direction.

Chief Jimoh Aliu, however, later in an interview with journalists, said that what happened was a re-enactment of the Law of Karma “because he did similar thing few years ago before he took the association to court”.

Meanwhile, the electoral committee has announced Alhaji Kareem Adepoju (Baba Wande) as the chairman of a five-man caretaker committee pending the election of a new executive