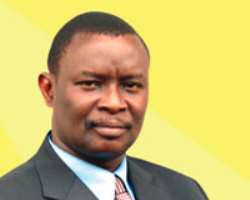 The Mount Zion Film Ministries (MZFM) recently previewed its latest work, Fiwajomi, during its quarterly power night programme. Joseph Ajayi, who was at the event, writes on the new film that thematises youthful exuberance.THE Mount Zion Film has again recorded a feat with the production of a new film entitled Fiwajomi, meaning "walking in his

steps." The new film, produced in conjunction with Bowen University, Iwo, was written by Damilola Mike-Bamiloye, the son of Evang. Mike Bamiloye, who could aptly be described as a chip off the old block.

The film, shown on March 12 during a quarterly power night programme of the Mount Zion Film Ministry at Jogor Centre, Ibadan, was spiritually-awakening, technically-sound and evoked great emotions and pity.

As expected of a film written or directed by a youth, the movie thematises youthful exuberance, immorality among students, bad company and its consequences and from the spiritual perspective, the danger of deviating from the path of holiness. The writer, Damilola Bamiloye, could be literally narrating what he witnesses on campus as a student of a tertiary institution. Born and bred a disciplined Christian, his views about the interdependence of a promising future and totally disciplined Christian life, as well as a symbolic relationship between the two came to the fore in the movie.

Fiwajomi, in whose name the movie generates its title, is the central character around whom the play revolves. An exceptionally brilliant lad, comes not only from a remote village, but also from a very indigent family. His procurement of admission to study medicine in the university is initially greeted with a stiff disapproval from his father who complains of lack of money to sponsor his education.

After much persuasion from relatives, Fiwajomi's father agrees to allow his son to proceed on his higher studies with the expectation of a possible scholarship for his very talented son. When departing the village for campus, Fiwajomi's parents give stern warnings on the need to stay in God's footpath to realise his dream in life.

On his campus arrival, Fiwajomi, expectedly is wooed by two forces, that of light as epitomised by a Christian brother, a stalelite on campus and that of darkness, as characterised in two male students who are preoccupied with smoking Indian hemp, womanising and partying.

In another scene, a man expresses deep love for his daughter who has just gained admission into the university. The man warns his daughter, as do Fiwajomi's parents, against compromising her faith and belief in God. He demonstrates his fatherly love for her with a traditional necklace.

The duo of Fiwajomi and Wura now find themselves in a new would where their training as children from Christian backgrounds come under different, but serious attack.

For Fiwajomi, whose academic performances are superlative and, indeed, frightening, it is a new world of freedom from the confinement of his parents. Against warnings of both the parents and the Christian brother on campus, he dances to the tune of the two friends, smoking, drinking, attending parties and even, writing examinations for poor students on campus. He soon finds himself out of school when rusticated by the disciplinary committee of the university for being caught in possession of hard drugs, heroine and other dangerous substances. He actually reaps the fruit of disobedience to God's call and warnings. More unfortunate and disheartening is the fact that his rustication comes when his scholarship is announced. Thus, he returns to the village.

For Wura, her devotion to God and willingness to remain so, prove stubborn to the emissary of Satan in human form. The wolf in a sheep skin, you may call him, a guy, on a suicide mission, has vowed to his friends to make Wura backslide at all cost by sleeping with her. He wooes her, and demonstrates a feigned love for her. She gives in to the pressure of his sweet mouth. But as God would answer her praying father, the two love birds disagree over an attempt by the messenger of destruction to sleep with her. Wura returns to her father sober, disappointed and luckily escaping the sexual hammer of the fiend.

That it ends with Fiwajomi's rustication and accompanying mental torture accounts for its being tragic, especially considering the character an eponymous one. Two characters are outstanding; Fiwajomi's father, who plays the role of a villager and the boy, who acts Wumi's phantom lover. The two characters display professionalism at its pinnacle.

Commenting on the movie, the president, Mount Zion Film Ministry, Evang. Mike Bamiloye, described it as inspiring, and a clarion call to ambitious youths to be wary of dream killers who come the way of young Christians, introducing sins and anti-godly behaviours. He advised believers, especially students on campus, to steer clear of these people.

Evang. Bamiloye advised youths present at the programme never to desist from the faith of God as doing so might signal the end of one's career and worse, eternal hope.