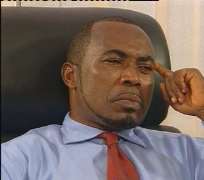 Orji, who spoke with the News Agency of Nigeria in Lamurde, Lamurde Local Government Area of Adamawa State on Tuesday said majority of Nigerians forget things easily except they were made into entertainment forms such as films, hence the need to capture history in movies.

“One of the tragedies that have befallen this country today is that Nigerians don't read. Give the typical Nigerian a book and a movie, they would pick the movie and abandon the book,” Orji said.

The actor noted that learning and capturing the culture and lifestyles of other tribes in the country could enhance national cohesion.

He explained that he decided to visit Lamurde and learn more about the place “because the Bachama Kingdom is very popular and the people are warlike and known for their bravery and courage.”

He pointed out that apart from the natural resources God had blessed Nigeria with, it was also rich in culture and tradition “and so the need for the movie industry to explore all the other parts of the country.”

On featuring of female wrestling in the 6th edition of the MTN Kwete Tradtional Wrestling Festival that took place at the weekend in Lamurde, Orji said it was not strange because Bachamas, including their women, were known for their courage and strength.

He said wrestling was like any other sport and sports was a part of our fulfillment as humans “and as long as any human exhibits certain abilities and skills, the person should be given the opportunity to use it.”

The men, he said, should give women the chance to express themselves “as long as it is not against the rules and norms of the people and as long as the ladies are `properly attired.”