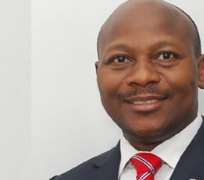 Olaoluwa's appointment was announced following a rigorous search to replace his predecessor, Dr. Evelyn Oputu, who retired as CEO of the bank on April 17 after nearly a decade of service.

Until his appointment, Olaoluwa was the Group Director, Financial Services at Heirs Holdings, the African proprietary investment company chaired by Tony O. Elumelu.

Market analysts believe that the choice of Olaoluwa to play this key economic role as the head of Nigeria's foremost development finance institution is influenced by a need to drive industrialisation in the Nigerian economy, particularly among small and medium-sized enterprises (SMEs).

They maintain that increased integration of these smaller businesses into the mainstream economy will provide a creative solution to low employment figures in Nigeria, while increasing their contribution to the industrial sectors, which have historically recorded low participation rates.

Olaoluwa has had an illustrious career within the financial services sector.  A highly experienced, professional banker, Olaoluwa started his career at Arthur Andersen where he qualified as a Chartered Accountant.

He has played senior roles in banking, leading up to his appointment as the MD/CEO of the erstwhile Universal Trust Bank Plc, prior to joining United Bank for Africa (UBA) in 2006.

As an executive director at UBA between 2007 and 2011, as well as the CEO of UBA Africa, Olaoluwa played a key role in the expansion of UBA's operations into 18 countries in sub-Saharan Africa within three years, recording exponential growth in the bank's deposit base and profitability during his tenure.

As a result of this, he was appointed Group CEO of UBA Capital Plc, a leading pan-African asset management and investment banking group.

He holds a first class honours degree in Civil Engineering from the University of Ife and an MBA from International Graduate School of Management, Spain.

Commenting on his appointment, Olaoluwa said: 'It is a privilege to have been selected by the presidency to fulfill the mandate of this position. I thank President Goodluck Jonathan for this recognition of my life's work, and the opportunity to build an institution that we can ably and permanently transform Nigeria's industrial sector.

'I would also like to commend the Minister of Trade and Investment, Mr. Olusegun Aganga, for his commitment to the industrialisation of Nigeria and his support for all activities geared towards meeting this goal.'

He continued: 'I am honoured to be joining Bank of Industry at this dynamic time in our nation's development, as we continue to progress in stature and relevance in the global economy.'