Poverty Does Not Fuel Boko Haram, Corruption Does 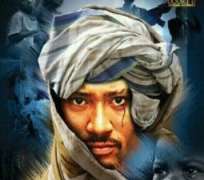 God forgive all of us who have at some point or the other disrespected the poor, yet rich people of today and yesterday. We may be poor in paper money and living essentials, but God knows we are rich in heart, spirit and character. We may pick a pocket or steal a loaf, but God knows we will NEVER kill. The Holy books speak the truth, that the poor are closer to heaven; it is the rich that are close to terror. Soldiers in the Nigerian army selling ammunition, boys from Niger and Cameroon paid $3000 and bonuses the more they kill. What do these things have to do with us poor men? Boko Haram is a rich establishment, sponsored by Nigeria's missing billions ($), the nations billionaires and our fourth republic political system. Boko Haram recruits rich and poor soldiers, civilian, army and government collaborators, governors, even President's, alike. What does this have to do with the poor and why is our name dragged in the mud? Stop it!

One of the reasons Boko Haram exists in Nigeria today, is because our borders are not monitored. $3000 is buying mercenaries from Niger republic. Those who blame poverty for the terror, do they intend to feed the people of Niger, Chad and Cameroon too? No, it is not poverty, it is our open borders and our borders are open because our government steals the money to close them.

People die out of poverty; they do not kill out of poverty. Are we trying to create new shibboleth in Nigeria to avoid facing the reality? The reality is that corruption, especially political bred, is the root cause and sponsor of Boko Haram, and the corruption is buying more rich terrorists than anything else. How poor was the Nyanya bombing mastermind? When Kano governor, Kwankwaso disgraced the President of Nigeria, that was when bombs started blowing up left and right in Kano. What do these things have to do with the poor?

Some say, use carrot and hard stick approach. They say the hard stick has failed so we should use the carrot. This is bullocks. We have not used any hard stick. We lack a hard stick. The army has been sabotaged, it is not hard any more, it is a carrot, a soft, sweet stick. The army trades with Boko Haram, they give Boko Haram road to pass and even ammunitions. Our army is a carrot, we are yet to use a hard stick and this is why we are plagued by Boko Haram still. Not because of poverty, but because of administrative corruption which has destroyed the hitherto, respected Nigerian army—soft stick lasan, lasan, sweet carrot of an army. Give us Civilians the right to bear arms and you will see what a hard stick is. Rich and poor civilians, you will see if our poverty will not make us kill Boko Haram, the demonic army of the corrupt cabal twice as fast. Tompolo, Shekau, the bad are given guns in Nigeria.

Some people say it was the 'extra-judicial' killing of Mohammed Yusuf that ran Boko wild. This is all misguided talk. Did the extra-judicial killing of Abiola make anyone go mad? A terrorist is a terrorist. An armed robber is an armed robber. A killer is a killer. There are such people in every crowd and it takes little to recruit them and it is the responsibility of functioning state apparatus to deactivate and incarcerate them. The rise of terrorism in Nigeria, north and south is the simple result, not of poverty but of state corruption. The money to install security is stolen and used to sponsor terror. Imagine that!

President Yar'Adua finished Boko Haram quickly. He gave no time for accusing poverty for this crisis. He wasted no time in corruption to keep this crises festering. The current administration loves the carrot approach because this is all they know. Bribe, bribe, corrupt, mismanage, embezzle. They know they have no stick, that the army has been robbed of its due, so they rush to give more carrots to Boko Haram.

We all knew confraternity boys who killed in college—those of us who went to real colleges that is, not the #DiaRISGODo type. Were these frat boys not the affluent in the society, the ones with connections? Were fraternity members any more poor than rich? What did poverty have to do with deadly fraternization in school? We challenge any local or global body of authority to produce a single study that correlates a rise in armed, deadly violence with poverty more than it does with government corruption, reckless administrative mismanagement and misgovernance. So why are the poor made the culprits and why do the global bodies suggest improving welfare of poverty struck areas as though this is the reason for terror in Nigeria; rather than they promote the truth—that it is the political, systemic corruption that is the sole cause of insecurity and terror plaguing Nigeria? This appears to be a deliberate distraction technique to avoid proper analysis of their failure to implement global mechanisms and conventions against State corruption and terror. Why have global bodies failed thus far to list Boko Haram as a terror organization? Their attitude, always making matters outside their nations as though two equal members are fighting; whereas, when it is terror against their state, they hastily, unambiguously delineate themselves apart from the terrorists and compel all to strongly condemn the 'terrorists.' In our case, they watch Boko Haram with its government official and their private partner Cabal sponsors wreck the nation and refuse to classify the terror as authority, politician derived and based, with such indicted members of Nigeria at its helm deserving arrest and sanction, till we come on our knees to seek their help; and then still they court and dine with our terrorist leadership, still blaming us poor for this expensive problem.

True, the poorest parts of Nigeria need urgent appraisal, but let it be clearly stated that State corruption, politics and social strangulation by the government and Cabal are causes of the terror, not poverty.

One of Nigeria's and the world's most wealthy Cabal said a few days ago at the World Economic Forum, WEF, that he intends to invest $2.3bn in rice and sugar in the north and that this creation of 180,000 jobs will stop Boko Haram. This is pure deceit. Boko Haram does not exist because people do not have jobs; it exists because of the corruption he and the government engage in. He and they should stop that first and then see if that is not the true and root cause of terror. The rich are terrorists. The employed politicians and business owners are terrorists. If he reduced the price of cement which is now sold at three times the global average, to the price Nigeria used to import and sell it for before the politicians he sponsored into power helped him usurp Nigeria's cement plants, gave him nil import tariffs and helped enforce his cement oligopoly on the nation, we promise him there will be no Boko Haram. His companies are simply to quadruple his profit off of the back of 'slave' workers and essentials he will again sell to the masses as enforced by the government at crippling exploitative prices. The mechanisms of his business only promotes more government corruption, more hardship and anger and more terrorism. Stop sponsoring illegitimate candidates with criminal corruption records, stop collaborating with them to destroy Nigeria, stop extorting the people and we will see if Boko Haram does not disappear. It is time to change the topic and focus from the poor to the rich usurpers.

It is to the shame of the foreign participants who came to the Nigerian hosted WEF days after the Nyanya bombing, kidnapping of the girls and dancing President. Nigeria does not deserve inclusion in any world economic bodies; the nation should be starved of funds looted by its corrupt rulers and used to fund global terror. At best, what should have held in Nigeria was a World Corruption Forum or Sanction Forum.

It is very important we stop lying to ourselves. Only when we do stop will Boko Haram become a thing of the past. It is only when we stop spreading our comfortable lies, like—Poverty breeds terror, the lies the colonial nations gladly help concoct, then only shall we be able to defeat the terror and other menaces in Nigeria. I have seen many poor nations and they do not have Boko Haram. Gambia is a poor nation. Mali is poor. Niger, Togo, Cameroon, even Ghana is poor when compared to Nigeria. But these States do not have Boko Haram. To stop Boko Haram, turn your face to the right side: stop government thieves. Stop government sponsors of terror. Focus on the government and their private partners stealing the nation's wealth, stealing from the oil revenue and the income of the poor in government enforced extortive oligopolies. Sanction government thieves and their private partners. That's where to direct your stick and fruit. Take your Ivies and hard sticks to Aso rock and the homes of the world billionaire 'business' men. If you give them that your poison ivy fruit and hard stick, this senseless terror would end at last.