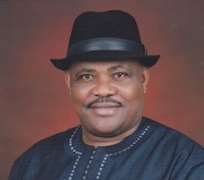 Wike, who was represented by the Permanent Secretary, Federal Ministry of Education, Dr MacJohn Nwaobiala, made the call at a round table meeting on HGSFP in Abuja.

He said the programme was in line with government's commitment to reducing hunger among Nigerian children.

The minister said the programme was important in shaping the future of children, who could face other risks such as hunger and parasitic worm infections that could lead to malnutrition and ill-health.

He said a survey by the ministry, in collaboration with UNICEF and other stakeholders, reported that 80 per cent of children in primary schools were under weight with only 14 per cent having normal weight.

HGSF is aimed at improving the nutritional and health status of Nigerian students as well as increasing school enrolment, attendance, retention, completion, particularly of children in rural communities and poor urban neighbourhoods.

'We have to revisit the programme with a view formulating strategies that will help us to resuscitate school feeding service by re-awakening the interest of the state governments and other stakeholders,' he said.

World Bank Representative, Prof. Don Bundy, said if the programme was effectively implemented, Nigeria was looking at feeding 1/5 of school children in Africa which was about 370 million.

Bundy said every country attempting to provide food for children in school was making efforts to keep in school and providing for its citizens a social safety net.

He said it was a universal programme with enormous benefits that 'makes agricultural and economic sense'.

Executive Director, Partnership for Child Development (PCD), an NGO, Dr Lesley Drake, said it was a multi sectorial partnership for sustainable school feeding programmes which would improve the lives of children.