Boko Haram: Armed Civilians Achieve In A Week What Army Could Not In Months 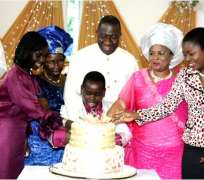 Up to 300 Boko Haram terrorists were killed by armed civilians in Nigeria last week. In the villages of Rann and Shuwa in Kala-Balge local government, civilians ambushed and decimated a Boko Haram invasion, killing over 200 terrorists and capturing dozens. Between Adamawa and Borno, another 70 were killed by civilian action.

In the version of the incident released by spokesman of the State police command, Abubakar Othman, civilians in Adamawa state suspecting a visitor who came to buy a large stock of food was a Boko Haram member, mobilized and tracked him to a Boko Haram camp in Borno where they jumped and killed another 70 Boko Haram terrorists.

In similar trend, we reported how civilian-JTF goat sellers from Gwoza who went to Dikwa and saw some Boko Haram terrorists who came to buy items and clothes for the kidnapped Chibok girls, arrested the eight Boko Haram terrorists with their hilux truck and motorcycles. APC (Armored personnel Carriers), several dozens of motorcycles and hilux trucks were recovered in all the civilian operations this past week, along with an unspecified amount of the terrorists' weapons.

Important intelligence was also obtained by the civilians from the terrorists captured, including as we reported last week, an update that the abducted girls were still in Sambisa forest, divided up into three groups.

These stories, more of which promise to be in the news in the coming weeks, are a new uplifting trend in the war against terror. The numbers killed, the motivation and capacity of the civilian Patriot force has hitherto not been appreciated from the undermined and sabotaged State army (in recent times). Hardly have we heard the army score such numbers against Boko Haram. That the army has been dangerously jeopardized has been verified by visiting US forces who are unwilling to share Intel with Nigeria and have categorically stated that the Nigerian army suffers as all other institutions do under the systemic corruption of the Jonathan administration. Indeed the coming of the Americans, who cannot be accused easily of being the so-called opposition has finally validated and exposed the much protested about reality of the ineptness and murderous incompetence of the current civilian administration. Last week's army mutinous revolt further certifies.

Nigeria has some of the best soldiers; they are only being sabotaged by their greedily callous superiors and the executive leadership. One must ask, where is Gusau? Where is Dasuki? Where is Badeh and where is Minimah in all this? The former army chiefs may also need to be summoned. Does anyone take responsibility for our disgraceful climate of insecurity and death?

In any progressive nation, the President would have retired or been forced out along with the heads of State security for the record of embezzlement and failure in the past four years that has caused Nigeria up to 80,000 lives and destroyed the nation's food sufficiency and overall economy. Who embezzled the money for the military to buy night-goggles, reliable APC's, (RIP Col. Kabir), drones, helicopters, real ammunition and the like? Who got that money? Who bought private jets with that money? #DiaRISGODo! ('DiaRISGODo' is a self-fulfilling summon of heavenly justice).

Nigeria's civilians, the brave farmers of the north's affected villages, must be commended and supported in their valiant, successful efforts to bravely combat terror, despite the odds fighting against the heavily armed terrorists, and lack of support from the government. One does not wonder too far where the security vote and security budget goes. Nigerians see the money for their security flying the private skies. Very few nations in the world can boast of as many bullet and bomb proof private vehicles and private jets as Nigeria has both in the government and private partner 'businessmen' sectors.

It's been over a month that our daughters have been living in the bushes with Boko Haram. On 26th April, ENDS wrote and delivered an open letter to the Nigerian government on behalf of a gathering army of over 50,000 Nigerians from every State in the nation, ready to comb Sambisa and all associated jungles for our girls and the terrorists.

The Civilian-JTF, an army 30,000 strong has sent several formal requests to the Nigerian government to support their right to bear arms to defend their communities and sack all Boko Haram hideouts. [See: Give Us Arms to Fight Insurgents, Not Extension of Emergency Rule, Civilian JTF Tells FG, 05/15/2014]In the most recent request, the Civilian-JTF offered that the government should give them arms rather than extend the State of emergency in the State that has only continued to deliver death to Nigeria's farmers. The Civilian-JTF have gone as far as to propose that the President can now withdraw 'his' army; they and Nigerian volunteers from Delta to Calabar, from Nasarawa to Sokoto are ready to do what the army has been unwilling to do-defend Nigeria and destroy Boko Haram.

We ask Nigeria's President. If it was your daughters in Sambisa, what will you do? Will you wait for a sabotaged and robbed army to do what they have been unable to since the start of your administration, or you will immediately give the nod for willing, patriotic Nigerian youth, ready to buy their own guns, drive their own cars and lay down their lives, to go after the terrorists and free all abducted and forcefully conscripted boys and girls from the past four years, not only this 234?

Again, Nigeria's civilians taking the fight back to Boko Haram must be commended, supported and prayed for. Perhaps the end to the insurgency is at last at hand. We have already started defending ourselves. We are ready to invade Sambisa! Nigeria waits for President Jonathan.