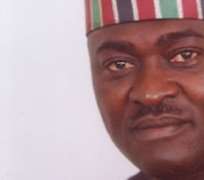 The Peoples Democratic Party (PDP) in Enugu State has threatened to sue the Independent National Electoral Commission (INEC) for cancelling voters register in the state ahead of the forthcoming registration.

NAN reports that INEC announced last Tuesday during a stakeholders meeting in the state that voters register in 621 polling units of the 2,945 units in the state were erased from its data bank.

Briefing journalists in Enugu on Friday, the state Chairman of the party, Chief Vita Abba described the act as “unacceptable and a ploy to disenfranchise the electorate in the state.

“How can the data of 40 per cent of the people in the state be erased? This is a deliberate action to change the political system and zoning arrangement in the state.

“The Enugu North Senatorial Zone which was expected to produce the next governor in the state is the worse hit.

“Out of the 280 polling units in Nsukka local government, the voters' register in 230 units are no longer in existence.

“It is also the same in Igboetiti with 190 units missing, Nkanu West, 148 and Igboeze North, 25 units affected.

“I am also affected; the Speaker of the state assembly, some serving and former senators as well as ministers from the zone were affected.

“Enugu State PDP will do everything possible and even sue Prof. Jega and INEC to ensure that the people are not disenfranchised,'' he said.

He also protested the time frame for the distribution of permanent voters cards scheduled for between May 23 and 25 was too short.

NAN reports that the All Progressives Congress (APC) in the state also protested against the issue and urged INEC to address it urgently.

He urged the political parties, religious and traditional leaders as well as the civil society organisations to massively mobilise the people to participate in the exercises.