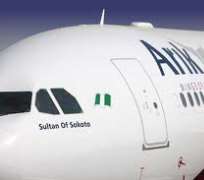 Arik Air on Wednesday announced an increase in its flight frequencies to meet passengers' demands.

A statement by the airline's General Manager, Mr Chris Ndule, in Ikeja said that the airline increased flight frequencies on its Lagos-Monrovia and Lagos-Luanda routes.

The statement added that the airline had continually reviewed its route networks to offer increased and seamless connections to all destinations.

“The Lagos-Monrovia service has been increased from three to four weekly flights using a Boeing 737-700 aircraft,'' the statement said.

It said that there would be flights on the route on Saturdays in addition to the existing, Monday, Wednesday and Friday services.

“All the four weekly flights are operated via Accra with a fifth freedom traffic rights approval facilitating traffic.

“Similarly, the twice weekly Lagos-Luanda service has been increased to three weekly flights, it said.''

It said that the airline would henceforth operate on Mondays, Wednesdays and Fridays on the route.