US general in Nigeria to aid search for schoolgirls 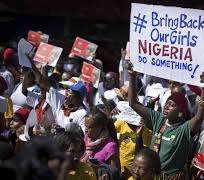 The commander of US forces in Africa held talks Tuesday in Nigeria as Washington sought to help the government in Abuja trace more than 200 schoolgirls kidnapped by Islamist militants.

General David Rodriguez, head of US Africa Command, flew to Nigeria on Monday as the United States confirmed it was flying manned surveillance aircraft over the country and sharing commercial satellite imagery to aid the hunt for the abducted girls.


The talks are focused in part on forging an agreement that will enable the United States to share intelligence with Nigeria from spy planes and other sources, officials said Tuesday.

“At this point, we are not sharing the raw intelligence data” Pentagon spokesman Colonel Steven Warren told reporters.

“We are working closely with the Nigerians to establish intelligence sharing protocols,” he said.

The US government insists on elaborate safeguards to govern intelligence sharing with other countries, fearing that sensitive information could fall into an adversary's hands.

The United States already has deployed a team of 30 specialists from different agencies, including 16 military personnel, to help in the search for the kidnapped schoolgirls.

“We're playing a supporting role and bringing our capabilities and expertise to bear … in complementing their efforts,” State Department spokeswoman Jen Psaki said.

As Nigeria faced a “difficult mission” searching a vast area, the team was designed to “provide military and law enforcement assistance as well as intelligence, surveillance and reconnaissance support,” she said.

The US general's trip to the country was scheduled prior to the crisis and Rodriguez also was discussing the US military's long-term relations with Nigerian forces, officials said.

A defense official told AFP that Rodriguez “is discussing US assistance for the search as well as overall cooperation.”

Badeh expressed “appreciation” to the US general on Tuesday as Washington had responded “positively” to an appeal for help in the search for the abducted schoolgirls, the ministry said in a statement.

The Nigerian military has “benefitted immensely from the bilateral relationship” with the United States, receiving valuable training and hardware, it said.

Prior to the kidnapping, Nigeria showed little interest in large-scale cooperation with the US military. And Washington has harbored concerns over what it sees as heavy-handed tactics by Nigerian troops in their fight against Boko Haram militants in the north.

Boko Haram extremists abducted 276 girls from the remote northeastern town of Chibok in Borno state on April 14, and some 223 are still missing.

The militants on Monday released a new video purporting to show some of the girls.

US intelligence experts are “combing through every detail of the video for clues,” a State Department spokeswoman said on Monday.

British, French and Israeli specialists are also providing assistance to Nigeria, which has been accused of responding too slowly to the kidnapping and even of ignoring a forewarning that it was imminent.

Pentagon officials declined to rule out if Washington would provide drones to aid in the search and would not say publicly what type of manned military surveillance aircraft were flying over Nigeria.

Although some US lawmakers have called for a US military operation to rescue the girls, the Pentagon reiterated that it was not preparing any such attempt by US special operations forces.

“There's no discussion at this point to send operators into Nigeria to conduct any kind of rescue operation,” Warren said.