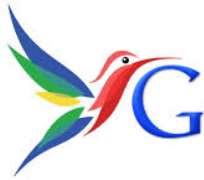 In a blow to Google's European operations, the highest court in the EU this week ruled that, in certain cases, the search engine must remove links to someone's personal information, if requested.

The decree http://curia.europa.eu/jcms/upload/docs/application/pdf/2014-05/cp140070en.pdf extends to all 28 member states and a number of other search engines, all of which must adhere to the filtering of search results.

“This is a disappointing ruling for search engines and online publishers in general,” a Google spokesman told PCMag.

The case dates back to 1998, when a large Spanish daily newspaper published an article about Mario Costeja Gonzalez's social security debts. When the paper's archives were published online, Gonzalez discovered that a search for his name produced the article.

Despite his attempts, both the newspaper publisher and Google refused to remove the story or the link, so he filed a complaint with the Spanish data protection authorities, which led to a 2010 order for Google to remove mention of his name from search results.

The Web giant appealed, and in June 2013 won a case in the EU's Central Court of Justice http://www.pcmag.com/article2/0,2817,2420936,00.asp , which found that search engines were not required to remove such links, provided that publication of the data is legal.

“We are very surprised that it differs so dramatically from the Advocate GGoogleeneral's opinion and the warnings and consequences that he spelled out,” Google said today, in reference to the most recent ruling. “We now need to take time to analyse the implications.”

Gonzalez, meanwhile, said “it's a great relief to be shown that you were right when you have fought for your ideas, it's a joy,” he told the AP http://www.washingtonpost.com/world/europe/european-court-google-must-amend-some-results/2014/05/13/f372fe08-da78-11e3-a837-8835df6c12c4_story.html . “If Google was great before it's perfect now because there are game rules to go by.”

According to the EU ruling, search engines must consider “the legitimate interest of Internet users potentially interested in having access to that information” in reviewing takedown requests.

Opponents argue that this decision could threaten the accuracy and completeness of Google's and other search engines' results, like convicts looking to erase former crimes or politicians aiming to clean up their pasts.

As the AP pointed out, limited forms of this “right to be forgotten” law exist in the U.S. and around the world: crimes committed by minors and bankruptcy regulations are typically expunged from people's records.

In fact, Google already provides a guide https://support.google.com/websearch/troubleshooter/3111061 to removing information from its search results.