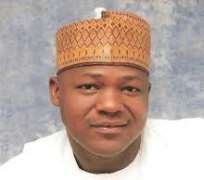 Lawmakers conducting a Public Hearing on the composition and pigmentation of cement have expressed their worry over the continuing production of low-grade and substandard cement in the country.

The House of Representatives Ad hoc Committee on the composition and pigmentation of cement in the country led by its chairman Hon Yakubu Dogara opened a Public Hearing yesterday aimed at addressing the phenomenon of collapse building in the country.

Speaking, the Committee chairman reasoned why Nigeria should continue to produce low-grade 32.5 cement while the rest of the world including India and China are producing 42.5 grade. In his opening remarks, Hon Dogara said:” There is no gainsaying the fact that the serial incidence of building collapse in the country has become a source of anxiety.”

He said: “ Some have blamed substandard material including cement, while others have blamed it(collapse building) on lack of regulatory framework.”

Contributing, President of the Cement Manufacturers Association of Nigerian, Engr Joseph Makoju, said the 42.5 grade is superior cement over 32.5 and that Nigeria used to produce and import 42.5 before the coming of 32.5 grade. Contributing, Hon Ayi Essien, a member of the ad hoc committee said Nigerians are worried about the quality of cement as well as the professional administration of the cement in construction work.

Speaker of the House of Representatives Hon Aminu Waziri Tambuwal had said while declaring the Hearing open that Nigeria would not relent in its effort to unraveling the causes of collapse building in the country.

It would be recalled that the Dangote Cement Plc had announced that it has upgraded its cement to 42.5R, making it the only cement manufacturer in the country that produces that higher grade in line with the specification and requirement of Standard Organization of Nigeria(SON).