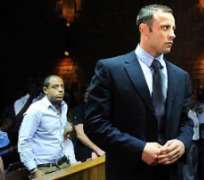 A judge in the trial of South African athlete Oscar Pistorius has ordered that he should undergo a mental evaluation.

She ruled that psychiatric evidence before the court could not replace “a proper enquiry” into his mental health.

The BBC’s Andrew Harding in Pretoria says that the trial will almost certainly now face a lengthy delay.

The prosecution argued on Tuesday that psychiatric tests were essential and that he should be referred.

He says he accidentally shot her through the toilet door in a state of panic, mistaking the 29-year-old model and law graduate for an intruder. BBC