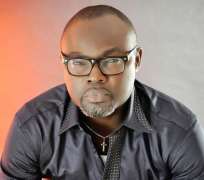 following yesterday's release of the video showing the abducted girls by the Boko Haram, it has starred many controversial discussion, many thinks the video is not real as there is not even a member of the boko haram with the girls in the video, and when the leader was videoing himself and talking about negotiating with the federal government, the location he stood was far different from where the girls were assembled.

the comedian feels that if the government negotiate with Boko Haram sect. it will lay a bad foundation for the country.