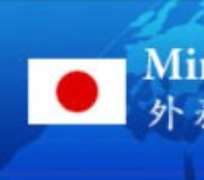 TOKYO, Japan, May 9, 2014/African Press Organization (APO)/ -- 1. The Government of Japan is deeply shocked and enraged by the fact that more than 200 school girls were abducted in Borno State, the Federal Republic of Nigeria. Their basic human rights have been severely violated by the Islamic extremist group, “Boko Haram.” Any violence committed by Boko Haram against innocent civilians, including bombing on the outskirts of Abuja, cannot be justified on any grounds or for any purpose. The Government of Japan firmly condemns any act of terrorism.

2. The elimination and prevention of all forms of violence against women and girls are issues on which the international community should work together, and such acts by Boko Haram should never be tolerated. Moreover, the Government of Japan is deeply concerned by the fact that particularly young women pursuing education became targets, and demands the earliest possible release of the school girls who will bear the future of Nigeria.

3. The Government of Japan renews its determination for solidarity with the people and Government of Nigeria, and will continue to cooperate with the international community to eradicate acts of terrorism and to contribute to the peace and stability of the region.