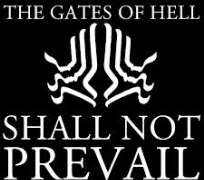 By John Cardinal Onaiyekan
WE are all familiar with the wise saying that evil thrives where and when good people do nothing and keep quiet. It is also a great lesson of history that you need only a few determined people to bring down a nation. Here the rule of majority does not apply. We do not know how many members Boko Haram has. But they are not that many – and they are causing so much havoc on the entire nation. The situation is serious.

I left home on Easter Sunday, when our nation was still reeling under the tragic news of the first Nyanya bomb blast and the abduction of as yet unknown number of girl students in Borno State. Since my arrival here in Rome, we have heard of another Nyanya bomb blast and the number of girls abducted is now being given at over two hundred. The controversy over the numbers is futile and uncalled for. One missing girl is one too many. Everywhere I go, people are asking me what is happening in our country. There is no more room for explanations, let alone excuses. The view from outside our nation is very negative indeed. At a time like this, one would expect all Nigerians to stand together and face what should be clearly a common danger to us all. But unfortunately, such a common stand is anything but visible.

There are ominous signs that if the objective of Boko Haram is to tear Nigeria apart by pitting Christians against Muslims in a fratricidal war, that objective is gradually and systematically being realised. The wanton destruction of lives and property is bad enough. But perhaps worse than that is the gradual destruction and erosion of the hard earned good relations which Nigerian Christians and Muslims have managed to build up over the years. In my 2013 Christmas message, I warned that we should not take our fragile religious peace for granted. I pleaded that we should learn from the experience of other nations where such good relations have evaporated within a short time under poorly managed social and political crisis. The Central African Republic is a case in point.

In the midst of our serious security crisis, tribal and religious warlords are beating the drums of war and blowing the trumpets of conflict. I read in the Internet that the Jama'atu Nasr Islam has issued a statement accusing the Federal Government of persecuting Muslims under the guise of fighting terrorism. If this is true, it would indeed be most unfortunate and ill-timed under our present circumstances. This is hardly the best way to encourage our security agents to carry out their tough and thankless task. At the other end of the spectrum, one Evangelist Matthew Owojaiye, who is described as the President/Founder of the Old Time Revival Hour, and immediate past chairman of a group called “Northern States Christian and Elders Forum (NOCSEF), an associate of CAN”, issued a passionate statement with a presumed list of 180 missing girls, 165 of which are Christians and the remaining 15 Muslims. It is commendable that a list has appeared with their religious affiliations, and this should be of help to the security agents in tracking the girls. But the document is hardly designed to promote mutual good relations between Christians and Muslims in Nigeria.

At times like this, when serious hurt has been inflicted and great injustice perpetrated, it is natural to feel deeply aggrieved and even angry. But the effort still needs to be made to look at things as dispassionately as we can so that we can work towards a just and practical solution. For most Nigerians, I believe that it is highly desirable that we continue as “one nation under God”. But this will not happen unless we are all ready to sincerely identify our common goals and aspirations, despite our non-negligible differences and diversities. It will mean being ready to make more concessions and compromises for the common good of the nation, well beyond the status quo. National unity is beautiful and precious, but it comes with a price which all must be ready to pay, in a fair and equitable manner.

If this seems difficult, the alternative of a break-up of the nation along whatever lines would seem to me far more costly, and almost unthinkable. If a war of partition breaks out, where will the battle lines be drawn? It would be wonderful if such partitioning could be by peaceful negotiation. But that would call for nothing less than a miracle, which no one has any right to impose on God. The option to pursue therefore ought to be clear and obvious.

The menace, which Boko Haram represents is hanging on the whole nation. The solution must involve all stake-holders working together. Promoting or allowing polarisation of group interests, whether political (PDP against the opposition) or religious (CAN versus JNI) will not only weaken our common efforts, but even lead to the far greater danger of polarisation of our security forces along opposing lines. The red light is clear to anyone who cares to look. It is not an exaggeration to say that the nation is in grave danger. It is not too late to pull back from the brink of chaos. All those who believe in the future of Nigeria can no longer afford the luxury of sitting back, watching and complaining. There is need to speak out and take meaningful action, each at his or her level. As for those who rule the nation, I hope they know that the eyes of the whole world are on them. They should also know that they will answer for all their actions and inactions before their consciences, before history and before God.

May God bless Nigeria.
• Onaiyekan, Archbishop of Abuja sent this letter from Rome