We Know Where The ‘Ghosts’ And Girls Are; Give Civilian Army Authorization To Go After Boko Haram 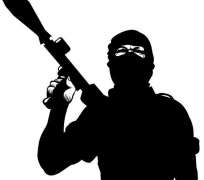 We the people give you the authorization to withdraw 'your' military. We have had enough of the military placebo effect. You call Boko Haram ghosts; we know these 'ghosts.' We know where they are and are ready to go after them and crush them now. Enough time has been wasted; too many lives have been lost; too much property damaged; too many of our children have been abducted, raped and conscripted. We have had enough!

The Nigerian people have declared that enough is enough. We are on standby, ready to go in. An army of 50,000-100,000 is ready and mobilizing. The Nigerian people from Borno and across the country are holding back waiting for you to fulfill your obligation to the people and grant us executive authorization to carry sophisticated arms and go after Boko Haram terrorists in all tunnels, caves and jungles where they hide in plain sight.
We will not wait indefinitely. In your failure to exigently approve our request for authorization to defend ourselves from this continuous carnage and rescue our girls, we will proceed to seek authorization from the affected state governments; in their failure to quickly approve, we will go to the local governments and finally to the court of the people.
We have presented to you this critical formula for self-defense which was activated and utilized in Algeria between 1991-2000, and checked a similar insurgency in that country. In the United States today, armed civilians patrol the borders to defend the nation's integrity.
The civilian-JTF and thousands of willing youth and ex-military volunteers across Nigeria are waiting for your authorization so we can initiate our armed 'Patriot' mission to destroy Boko Haram, rescue all abductees and restore life and promise to the most severely affected farming villages of the north.
We know where Boko Haram is. They are no ghosts. We have received reports of the movement of the abducted girls which we are able and ready to act upon promptly; a response 'your' military fails at.
We have given you the most viable solution to accost terror via civilian vigilante's working in collaboration with the military and for civilians to defend their villages from attack in the reality of our current military failure in providing any form of rapid response; as part of a larger national systemic, corruption and ineptness based failure of governance.
The world is watching; the abducted girls and young men in this horrific episode and the several of the past four years are desperately waiting.
It is time to put life first and bring an end to this national disgrace, crime and sin.
There is God oh!