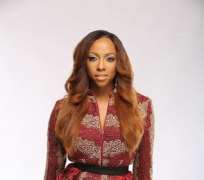 Fashion savvy radio show host with Beat FM, Fade Ogunro, has been announced by MultiChoice Nigeria as the host of their new fashion show project in Lagos.

The show, which is called 'The Fashion Protégé' is a five-episode fashion reality television series created to celebrate the 20th anniversary of MultiChoice Nigeria.

The reality TV series, which is to kick-start later in the year, will feature a mix of creativity, entertainment and fierce competition.