Beyond the Blame Game: Citizens' Solutions to End Terrorism 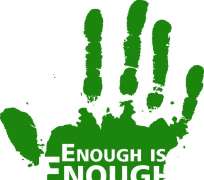 The security and welfare of the people shall be the primary purpose of government.

- Chapter 2, Section 14 2(b), Constitution of the Federal Republic of Nigeria

On Monday, April 14, Nigerians woke up to news of another heart-rending carnage at Nyanya Motor Park after a bomb detonated. Over 100 people were injured and over 70 people died. That same night, over 200 school girls were abducted in Chibok, Borno State. This was all after a bloody weekend in Borno that left over 90 people dead.

Tired of mere condemnations and the usual blame game, citizens on social media platforms responded to a call for suggestions on ways to combat this surge of terror. Over 1,000 suggestions were received in two days, with the hashtag #CitizensSolutionToEndTerrorism trending on Twitter on both days.

10 key ACTION POINTS outlined below came out of the exercise:

As we've seen in other countries, we cannot overemphasise that insurgency is not restricted to a particular part of the country - it is not a North East or Northern problem. It is trans-border and can move easily.

The number of casualties in the last 3 years is estimated at almost 20,000. In the first 4 months of this year, we have lost almost 1,500 Nigerians, especially students, and hundreds of women and children remain unaccounted for.

We call on the Federal Government to ensure that our security agencies are equipped adequately for the task; engage communities; provide a national emergency number; honour the dead; prosecute swiftly and harmonise our databases for ease of identification.

The assurances given by the Federal Government are no longer sufficient and they MUST match their words with visible action to rebuild the confidence of the citizens in the efforts to protect lives and property. Nigerian citizens are desperate to see that we are winning this war on terror and for us, results are defined by the absence of abductions and deaths; cutting off financial flows; capture & prosecution of terrorists, especially before they strike.

We call on Mr President for leadership that mobilises Nigerians to fight collectively against a common enemy. Mr President must extend a hand to ALL stakeholders in this war - governors, political party leaders, the National Assembly, traditional and religious institutions, civil society and citizens - and communicate clearly that this is not about party politics, ethnicity or religion, but about pursuing the common good of ALL Nigerians.

Our hearts go out to members of the Chibok community as we pray for the speedy return of our daughters.

May God bless the Federal Republic of Nigeria.