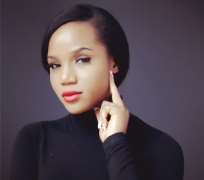 Caroline Sam, better known to Nigerians as Maheeda, is a gospel singer. She grew up as an orphan, she has never met her father and lost her mother at a young age.

The video is not entirely new, the original was released last month, but I guess she wanted to put out the more ex-rated version.

It will be recalled in an interview she gave a newspaper, Maheeda spoke of her struggles to quit prostitution and turning to God for help.