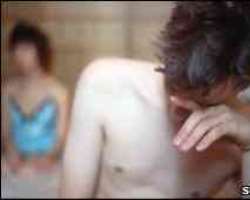 Impotence is a strong predictor of heart attack and death among high-risk patients, German researchers have said.

The study of 1,519 men who already had cardiovascular disease found those who were also impotent had twice the risk of a heart attack or death as the rest.

The University of Saarland report, published in the journal Circulation, suggests men with impotence should be checked for cardiovascular disease.

Some experts want doctors to ask about impotence in over-40s health checks.

Impotence is linked to inadequate blood flow in the penile arteries.

These are much smaller than coronary arteries.
So for some men, a persistent failure to get an erection might be an early sign that his arteries are narrowing. A whole segment of men is being placed at risk

Michael BÃ¶hm, lead author
The study followed men from 13 countries who already had cardiovascular disease. It monitored whether they went on to have heart attacks or strokes.

The participants were also asked about their erectile dysfunction at the start, after two years and after five years.

Powerful predictor
As well as being twice as likely to die or have a heart attack, those with impotence were also 10% more likely to have a stroke and 20% more likely to be hospitalised for heart failure, after adjusting for factors like age and smoking.

Lead author Michael BÃ¶hm said men who take medication to treat impotence should also be checked for cardiovascular disease, but this does not always happen.

“The medication works and the patient doesn't show up anymore,” Mr BÃ¶hm said.

“These men are being treated for the erectile dysfunction, but not the underlying cardiovascular disease. A whole segment of men is being placed at risk.”

The study confirms previous research that has linked impotence and cardiovascular disease. It has been welcomed by British experts.

Unrecognised
Richard Hobbs, professor of general practice at the University of Birmingham, said doctors were already aware of the link, but said the findings of this study added weight to the case for screening of men with impotence for the co-existence of vascular disease. A GP might be thought negligent not to ask about smoking, yet they routinely fail to ask about impotence

As well as checking impotent patients for cardiovascular risks, he wants doctors to start screening for impotence.

“This provides very good evidence to support a campaign to persuade doctors to ask about erectile dysfunction as part of routine cardiovascular assessment,” said Professor Kirby.

He said men who were impotent often did not raise it with their doctors because they were embarrassed and were not aware of the wider health implications.

'National disgrace'
Dr Geoff Hackett, a consultant urologist at the Good Hope Hospital in Sutton Coldfield, said it was a “national disgrace” that medicals for over-40s did not include questions about impotence.

He said that when GPs were trying to assess whether a patient is at risk of heart disease, they asked about smoking and family history. But impotence is a more significant risk factor for cardiovascular disease than smoking.

“A GP might be thought negligent not to ask about smoking, yet they routinely fail to ask about impotence.” he said.

They started being rolled out in 2009.