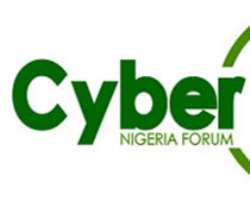 Organisers of Cyber Africa Innovation Awards Transatlantic Media Company have announced the nominees for the 2014 edition. The biannual event now in its third edition, celebrate and give recognition to the achievements made by young people, organizations, entrepreneurs and governments using technology to drive the continent's digital inclusion./B]

The Cyber Africa Innovation Award formerly known as the Africa Information Society Merit Award is a showcase of the very best innovation in science, technology, and ICT and enterprise.

The 2014 edition coming up on the 18th of may now have new categories added. The new categories are meant to accommodate tech and enterprise innovators not leaving out consumers and other sectors such as manufacturing, FMCG, Agriculture, governance and Education.

In a press statement made available to newsmen, Group Co-coordinator of the Cyber Nigeria Forum & CAIA 2014, Dr. Bayero Agabi said the CAIA has become a Stamp of authority, authenticity, recognition and quality to the entire industry judging from quality and quantity of attendance and partnerships. Agabi added that the platform provides an excellent opportunity for Nigeria's digital community to network and reinforce relationships with partners in other sectors as the forum cuts across entertainment, creativity, business and education.

So far cyber Africa innovation award remained the first and only ict based award endorsed and endowed by a federal government agency since 2012. Since nomination opened in January, over 100 applications and nominations have been received coming from individuals' especially young app developers, enterprises and government institutions, while a good number of state government tech initiatives have been selected.

The Categories cuts across the public sector, Education, and the creative industry. Some of the nominations include, Opon Imo the Knowledge Tablet of the Osun State Government, Akwa Ibom's Digital Library Initiative. Others are the Best Health Improvement with ICT the Ondo State's Abiye Card and NAFDAC's Mobile Authentification Service. Also nominated is promasidor for the Best use of technology for social change/education with their mathematics competition, MTN, CWG also got nominated for their effort at getting the Nigerian youth innovate with the internet and becoming self employed.

The 2014 CAIA will feature the Youth Innovation Award, a new category created to foster, nurture and encourage the youths to use the internet for enterprise development and employment generation.

CAI 2014 lends young people beginning from the secondary school a platform to exhibit and share their work at the event and win awards for the sub categories under the youth Innovation Award. Entries for the Youth.

Innovation category is been reviewed and still open for application or nomination on the event website www.cybernigeriaforum.com Agabi urged parents, schools and incubation centres to seize this opportunity to showcase the creative energies of young people around them to Africa's bourgeoning tech community.

The award which was instituted in 2009 when AIT INFOTECH NETWORK, Africa's first and leading ICT programme on television celebrated a decade on air. The award earlier scheduled to take place on the 23rd of May will now hold Sunday the 18th of May 2013 at the Sheraton Hotel, Lagos where the winners will be announced. The award will be preceded by the discussion part of the event, Cyber Nigeria Forum where a high level panel of discussion will be examining the opportunities of the internet and impact of cyber threat.