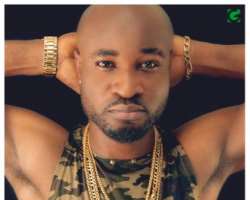 Popular song artiste and song writer, Harryson Okiri aka Harry Song now Mr. Songs, has poured encomiums on his former record label Question Mark, for having believe in him through the journey to stardom.

The Five Star music artiste said that he had to pay and beg MCs just to perform, yet he will be turned down.

“Sometimes, I go to some shows when I hear a show is going on. At some places, I beg and pay to perform. I try as much as I can for people to hear me sing. Sometimes, I will beg from evening till when they will finish the show without any response.”

“I remember I attended a show at Oniru, the MC that was anchoring, I gave him 1000 naira just to perform, but the show finish, dem no allow me perform.”

Harry song added that the challenges upcoming artistes have is that because people don't know them, they will be scared to invest their money on them.”

“As an upcoming artiste, people don't know you and sometimes people are scared to associate or invest in you, so it's not easy.”