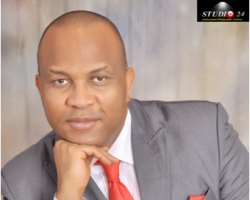 Gradually Nigeria is becoming an elitist society, unless you believe it is already there. Elites are usually privileged and out of touch with the plight of the common man. The dictionary defines elites as 'a group of people who have a lot of power and influence because they have a lot of money, knowledge or special skills: political/social/economic, etc.'

When President Goodluck released the list of 483 delegates (4 higher than the initially proposed 479), it was disturbing to find that the delegates were populated mostly by politician and heavily based towards the north. One wonders whether the large number of politicians on the list is an attempt to lend credence to the adage that 'everyone is a politician' or just a reflection of the 'naija factor.' Furthermore, the list was predominated by what can be classified as elites, septuagenarians and octogenarians. Some of the Septuagenarian/Octogenarian delegates to the National Confab include Justice Idris Legbo Kutigi (rtd.), Chief E.k. Clark, and Dr. Ahmadu Ali. Compare this to the list of pre-independence conference delegates that were mostly young and vibrant. No one should take my analysis to mean disrespect to our elders as some on the list are dear to my heart and even friends to my late father (Chief Dr. Ekuo Akpodiete - Otota of Ughelli). We are thought in our African culture to respect our elders, which we must do. However, in our culture, our elders do not go to war. We should project younger generations since they represent the future of Nigeria and we are supposed to be discussing the future of Nigerians at the proposed national conference that is expected to begin March 17, with Justice Idris Legbo Kutigi (rtd.) as chairman and Professor Bolaji Akinyemi as vice chairman.

Our elders are supposed to stay home to advise and give wise counsel. Arguably, the conference may run for hours and we do not want our representatives to fall asleep in the middle of deliberation from fatigue or other age induced limitations. This is why the action of Prof. Ben Nwabueze is laudable because he declined participation in the Presidential committee based on his age. Prof. Nwabueze, who is the Chairman of The Patriots, had stated in October 2013 that 'It is an appointment for a younger person, not for an old man of 83 years afflicted by ill-health.' See my fourth article on the National Confab titled 'SNC, Sovereignty & NASS Ratification' for more details.

Almost all cultures in Nigeria recognize this factor through use of age groups. If you have not realized it, we are at war in Nigeria. Not just from Boko Haram terrorists, but other insurgency groups. We are also in economic and political war. This is a watershed moment in the history of this country. Who is fighting for the common Nigerian? Who is fighting for the younger generation who are mostly unemployed and marginalized. Do not be deceived by the 'bone' thrown to youths under the guise of miniscule representation by National Youth Associations.

We should put forth our best foot forward and our brains forward. Are we saying that the common man is dispossessed of the intelligence required to represent us or himself. In other words common sense is no longer common. We are of curse cognizant of the fact that even, when the common man is there, the level of oppression may prevent his voice from being heard. At least, he will be there.

Recently, a group of forty youths terrorized the market place in Ughelli. You can refer to them as cultist, but they are clearly not gainfully engaged. They are in the prime of their life and wasting away. Even the potential girlfriends of these young men have been 'colonized' by the elder statesmen (politicians) because of 'economic' conditions. As they say 'na condition make crayfish bend.' Yes, Urhobos are also complaining that there is no Urhobo traditional ruler and only one Urhobo person in the person of Prof. G.G. Darah is on the list, when Urhobo is the fifth largest ethnic group. That is a matter to be taken up by Urhobo Progress Union (UPU), now that they have decided not to boycott the National Confab.

In October 2013, I wrote my third piece on National Confab, titled 'National Confab of 389 Tribes.' In that piece, I commented as follows: 'It is notable that youths (Nigerians under 40 years of age), are rarely involved in this SNC mantra. They are more interested in a better Nigeria that includes better job opportunities and security. Many of them are tired of losing their girlfriends to Sugar Daddies or 'Uncles' because of their lack of financial wherewithal. An average youth believes that those clamoring for SNC are part of the problem with the country. In fact, if it was up to them, no one born before independence should open his mouth to call for any emancipation of the country since they are the ones that put us in fetters. How can the prison warden and incarcerator be championing the call for a prison break? Unless as a commentator said, these almost octogenarians oppressors are still seeking for relevance.'

Again, the retinue of delegates were mostly elitist retirees that are likely to be averse to repositioning the country, when they participated in putting us in that position in the first place and repositioning will not benefit them. These people are not only anachronistic in their views, but probably out of touch with modern democratic tendencies and technology. Only God will help us because we are clearly unable and unwilling to help ourselves.

Both protagonists and antagonists are waiting for the conclusion or resolution of this mega conference.